The latest news in the world of video games at Attack of the Fanboy
September 23rd, 2017 by Jelani James 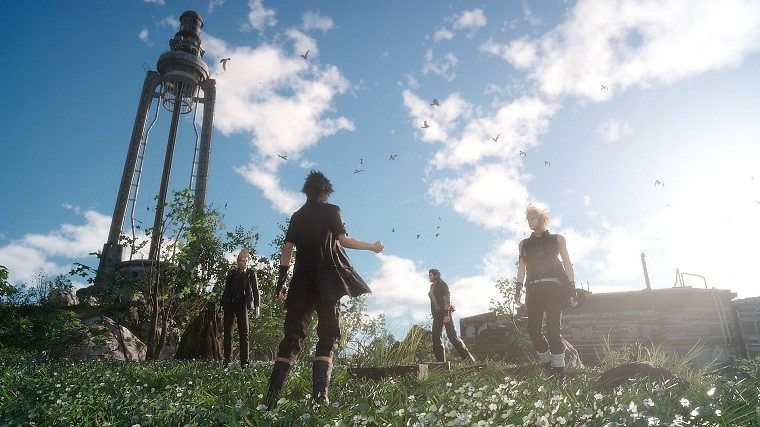 Here’s to hoping that you like Final Fantasy XV, because it appears that it will be Square Enix’s flagship Final Fantasy title for the foreseeable future.

During an Active Time Report live stream at Tokyo Game Show 2017, director Hajime Tabata revealed that SE plans to continue developing content for Final Fantasy XV for the upcoming year. He didn’t say how far into the future this extends, but this statement means that we can at least expect content for this game up through 2018.

As one might expect, a main focus of the future content will be to strengthen parts of the story which didn’t have enough explanation — a common critique among fans and critics, alike.

“Not only are we further investigating characters through additional episodes, if we don’t convey the setting that is the foundation of the world, we won’t be able to convey the characters’ way of life,” Tabata said, noting that is exactly what he plans to do with future content.

However, he also noted that this isn’t just to fulfill his own yearning to build upon the FFXV universe, this move was also in response to fans who allegedly asked for the story to continue and be enriched. As such, “Episode Ignis,” which was supposed to be the last piece of content for the game, will now mark the beginning of a new string of content that will be released up through 2018.

That said, it’s still unclear what form some of this content could possibly take. Maybe something focusing on Aranea Highwind or Iris Amicitia? A story detailing events that occurred during the time skip is also a possibility.

Of course, even if we don’t know what’s coming in 2018, there are still a few bits of Final Fantasy XV-themed content that we know is coming before then, such as the “Comrades” multiplayer expansion, Monster of the Deep, a free update focused on Lunafreya and Ifrit and, of course, “Episode Ignis.”

Final Fantasy XV is out now for the PlayStation 4 and Xbox One, and will arrive on the PC in early 2018.