The latest news in the world of video games at Attack of the Fanboy
July 5th, 2017 by Jelani James 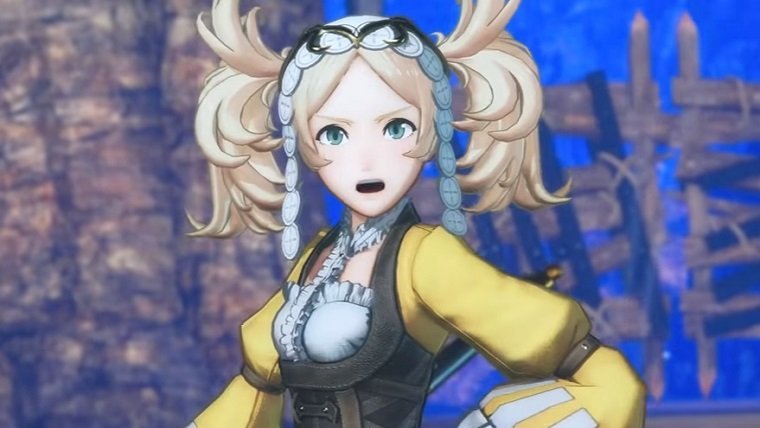 In a previous article, I argued that it would be wise for Nintendo and Koei Tecmo to represent Fire Emblem by including characters from the entirety of the series rather than just a mere four. However, soon after writing that article, I did some digging and found an interview which revealed that Koei Tecmo is primarily focusing on characters from Fire Emblem: Shadow Dragon, Fire Emblem: Awakening and Fire Emblem Fates. These words can be interpreted to mean that while those three titles will see the most representation, one or two other characters from other titles might be included in the roster as well. If that doesn’t pan out and Koei Tecmo really means just those three games, then there’s at least the possibility that future DLC will fill that void.

In either case, this latest reveal shows that Koei Tecmo is keeping true to its word about which characters will appear in Fire Emblem Warriors’ roster. All four of these newly-revealed characters are from Fire Emblem: Awakening, bringing the total amount of characters representing that title up to five. Meanwhile, Fire Emblem Fates has three characters and Fire Emblem: Shadow Dragon has only one. If nothing else, this reveal does suggest there will be some level of variety to the roster in terms of weaponry. Even though no actual gameplay was shown, we can see that both Lissa and Frederick are wielding axes, while Robin seems to only be using a tome (he traditionally uses both swords and tomes, so we’ll have to see how that pans out).

Of course with this reveal out of the way, the next question is to consider which character(s) will be revealed next. Considering that little sisters are now fair game since Lissa was officially confirmed (she and Robin were more or less confirmed due to the FE Warriors Premium Box), its possible Elise and Sakura from Fates could make an appearance somewhere down the line. For a more immediate reveal, however, I’m guessing it will be someone from Shadow Dragon, ideally Caeda. Not does she have a direct link to Marth, but she is also a Pegasus Rider and uses spears — two things that this game is missing.

Either way, the Fire Emblem Warriors roster is shaping up to be quite good, even if it will likely be safe and predictable. Hopefully, Nintendo dashes such expectations by making a surprise reveal featuring a character who isn’t from one of the three aforementioned titles or a villain.

Fire Emblem Warriors will arrive in Japan on September 28th and an undisclosed date in the fall for the west.