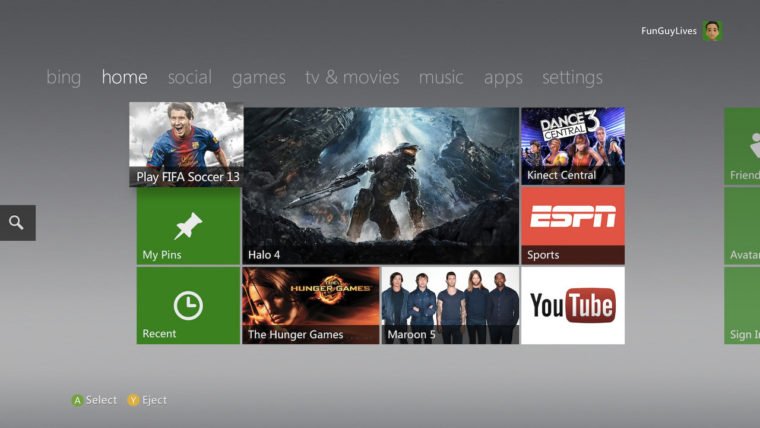 The Xbox 360’s user interface saw a ton of redesigns and updates before settling on its final look. Unfortunately that final design also featured an abundance of ads that users had to wade through to get to their content. The fact that gamers were paying to be advertised to was a common complaint during the last generation. Now, one of the Microsoft employees responsible for all of those ads has apologized via a personal blog article.

I am one of the people – if not THE person – responsible for ads on the Xbox.

The employee in question is Allen Murray who worked as a Program Manager at Microsoft for many years. In the blog post he bluntly states “if you hate seeing advertisements when you boot up your Xbox, let me apologize in advance. I am one of the people – if not THE person – responsible for ads on the Xbox.”

Murray goes pretty in-depth into how the ads ended up on the front page of millions of Xbox 360’s. It all started with good intentions it seems, as he was working with a fellow employee in regards to the Xbox Live Arcade program. They were trying to get smaller, indie titles onto the Xbox, which all started with Hexic. Unfortunately, to get to the interface for Xbox Live Arcade required a lot of action from the user, resulting in fewer people seeing the service. “But it occurred to me that even though these games and this platform were rad, no one would know about it because it was several clicks down in the UI, hidden from view,” Murray explains. “There needed to be a way to surface and display these games that I knew that players would want to know about.”

Murray took the issue to Larry “Major Nelson” Hryb who supported him and saw the value in what he was proposing; being able to notify gamers of interesting games as well as upcoming events. Murray took his ideas to his boss, but was turned down because  it seemed to much like a website banner ad and “gamers are gonna hate ads”. Murray feels that his initial mistake was in his language, saying “I think it was my choice of language, using terms like ‘advertising’ and ‘banner ads’ that conveyed a tone of corporate soullessness. This was games! We were supposed to be cool and f*** the man and all that s***.”

Murray was unfazed though. Working more with Major Nelson and the Xbox Live Arcade team he developed the Banner of the Day system. This eventually led to what we have all seen many times before, an Xbox dashboard full of various advertisements and banners. It seemed to start with such a good idea though, but at this point the Xbox dashboard is pretty chock full of ads. Thankfully Xbox One seems to reserve space for stuff relevant to gamers and not Mountain Dew and Doritos ads, so it is a lot better in my opinion.

What do you think? Did the ads on Xbox 360 bother you? If so, does this apology help at all? Let us know in the comments.