Are you getting obliterated by this mythic? 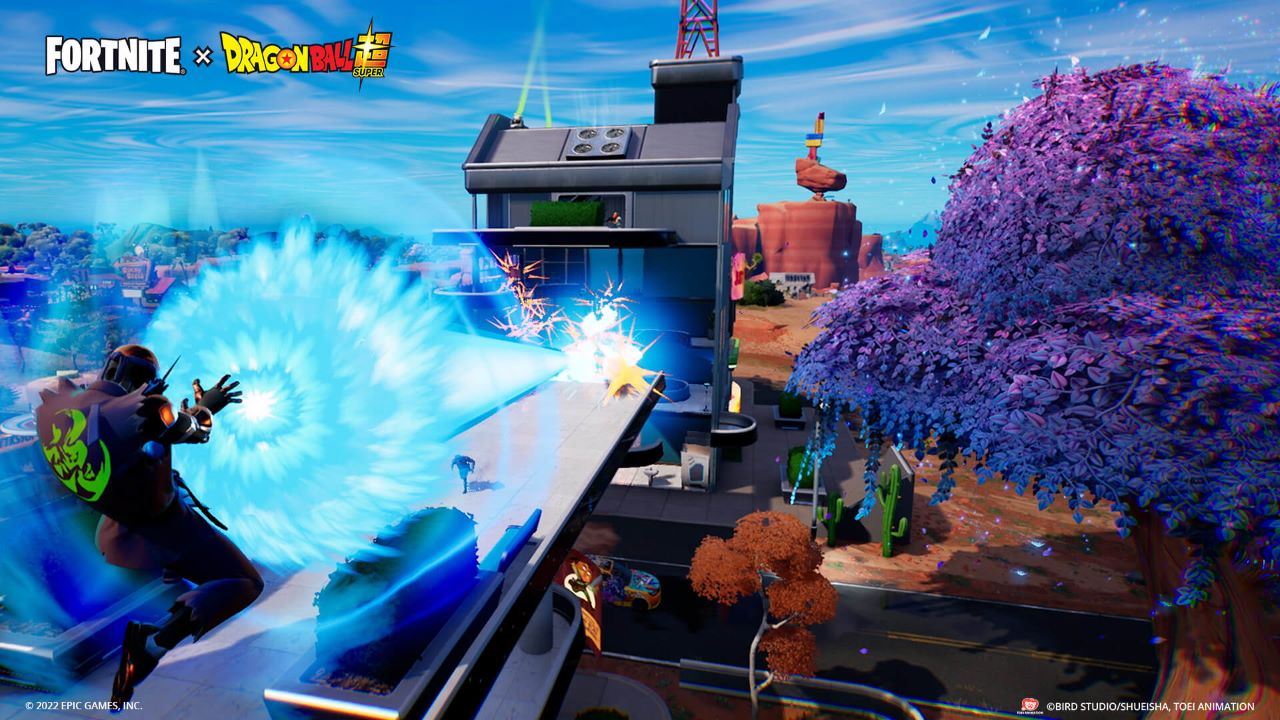 Fortnite is one of those games that retains its popularity even after a long time has passed since its release. A lot of that popularity is thanks to its consistent updates that the developers lovingly craft and create for everyone to experience. The latest Dragon Ball crossover has had players rushing through all of the challenges and reaping the rewards from those quests. However, many have also noticed a certain feature may be just a little bit overpowered and that is the Fortnite Kamehameha Mythic that has been making itself known amongst the community for the past day.

The mythic itself is based on the very first energy ability/attack that was within the Dragon Ball series. It has gained a lot of fans over the years and so having it in Fortnite now along with the event crossover certainly makes sense. When people obtain this mythic from Capsule Corps they will be able to utilize it to damage other players by rising up into the air, charging the energy beam, and then unleashing it onto their desired target.

Nonetheless, as with any addition to a game, sometimes certain balancing tweaks may be overlooked slightly. Redditors took to the stage to discuss their encounters with this mythic and also showcase just how much damage the Kamehameha mythic actually inflicts. For example, as shown below someone had used the Kamehameha Mythic on Darth Vader, a character that usually takes an extreme amount of damage to kill and the mythic’s damage had Darth Vader down to their last shred of health.

This thing is definitely getting nerfed from FortNiteBR

Due to its immense damage, many players are hoping that it gets ‘nerfed’ soon which will likely decrease its overall damage. However, as a tip for players at the time of writing: It is possible to eliminate the Kamehameha mythic wielder quite quickly while they are charging up if you have a sniper rifle. Before they fully charge the devastating energy beam up, be sure to aim the sniper rifle at their head and take the shot. If you see a player getting ready to use this mythic on you, it should be your utmost priority to either hide or start firing toward them. I had a personal encounter with this mythic while on the way to Kame House, they had obliterated my vehicle before I got to the shore, this mythic is definitely one to watch out for.

Fortnite is available now and can be played on the following platforms: PlayStation 5, PlayStation 4, Xbox Series X/S, Nintendo Switch, IOS, Android, and PC.