The latest news in the world of video games at Attack of the Fanboy
April 28th, 2016 by Scott Grill 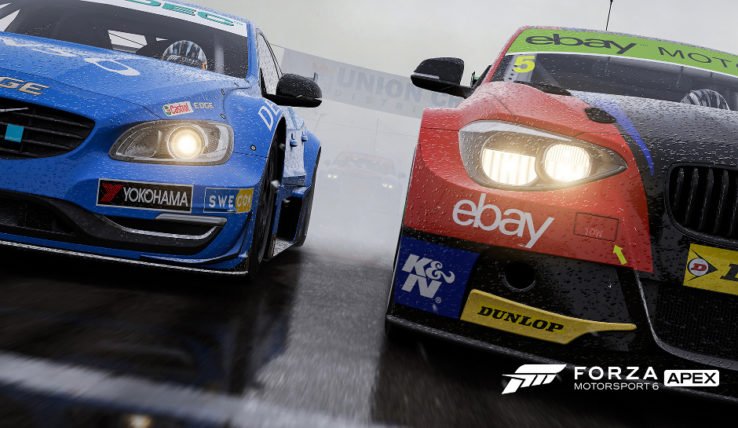 The Forza Motorsport franchise will take its first steps on the Windows 10 PC platform next week. Microsoft and Turn 10 Studios announced an open beta for Forza Motorsport 6: Apex will hit on Thursday, May 5 as the racing simulator stretches its wheels to a new platform.

Apex will be a free-to-play game for Windows 10 PC owners when it is fully released in the coming months. The open beta is intended to give Turn 10 Studios a chance to test the game on the huge breadth of different PC configurations found in the consumer market. It will use feedback from the beta to continue to improve the game.

“As development continues, players can expect to see updates and improvements to Forza Motorsport 6: Apex including wheel support, the ability to disable VSync and an in-app framerate counter,” Turn 10 explained in a press release.

The racing simulator is the latest game entry in the Universal Windows Platform (UWP) for Windows 10. This is meant to allow games to be developed across devices such as for the PC and Xbox One. The spin-off of the Forza franchise is Turn 10 Studios dipping its toes in the water to test the game engine on the PC platform with DirectX 12, support for 4K resolutions, and other specifics that don’t come up in the console space.

Forza Motorsport 6: Apex is a single-player experience featuring 63 cars, 20 track configurations, and a 12-event “Showcase Tour” career mode. Meanwhile, the “Spotlight Series” will provide event-style races to challenge players and will be updated regularly. There is no multiplayer, but players will be able to compete against the cloud-based “Drivatars” based on the driving style of their online friends. The livery editor will not be included, but designs from the game’s community are expected to be available eventually.

The micro-transaction aspect of Apex has not been explained yet, but it has been described as optional by Microsoft.

Those interested in trying out Forza 6: Apex can check out the system requirements below. Note that they are quie steep with 12GB of RAM and 4GB of VRAM needed for 1080p and 60fps. Meanwhile, those wanting the 4K experience will need a SSD hard drive and a top of the line video card and CPU.