Frank Gibeau offers EA’s take on the next generation 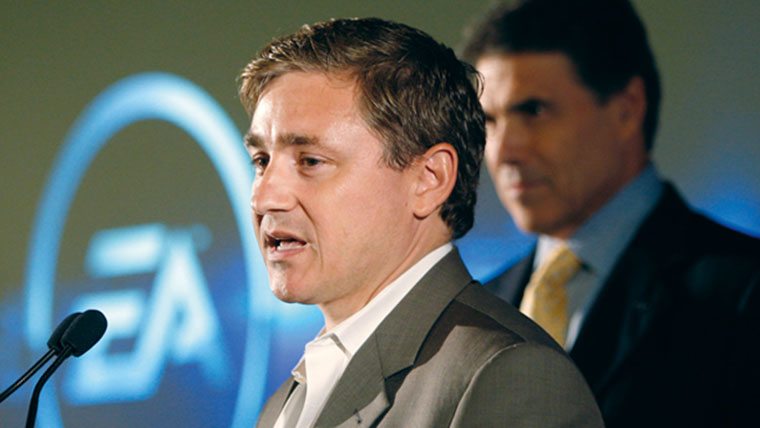 “The fact that PS4 and Xbox One have had a combative summer is good,” says EA Labels president Frank Gibeau to Edge magazine. “I think the Sony team has executed exceptionally well – and they did not execute particularly well on PS3, whereas last time around Microsoft executed perfectly. This time, Microsoft has run into some challenges, some leadership changes, but they’re a very resilient organization, and if you look at their counter punches on any setbacks, they’ve done a pretty good job of getting back on track.”

Some have accused EA of favoritism in the upcoming console generation. When asked whether he felt EA was favoring a certain console over another, Gibeau replied, “We’re not tilting Microsoft’s way; we are firm longterm supporters of Sony. I’m sure you’ll see tactical programs between us and Sony in the future that we haven’t announced, but will make things much more balanced.”

Another thing that others have wondered is what plans publishers have to monetize their games and what new business models publishers have for the upcoming generation. According to Gibeau, “it won’t be about DLC any more, but rather subscriptions or F2P mechanics…we think of these as live services, so we give you microtransactions, free content, episodic stuff.”

Gibeau also indicated that there was still a ways to go before everyone goes digital only. “A lot of the friction has been removed from the player experience in relation to downloads, but there is still friction. If that gets smoothed out during this cycle, [the end of physical discs] is conceivable, but I don’t forecast it. A digital-only future is possible, not probable.”