Gears of War 3 announcement at VGA’s 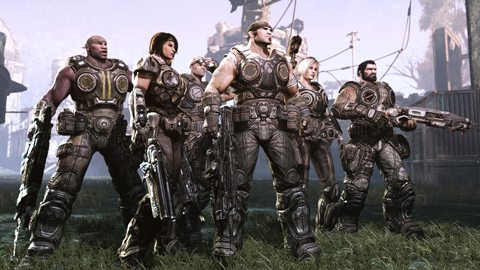 Geoff Keighley of Game Trailers noted that Xbox fans would not be disappointed come December 11th at the Spike Video Game Awards Show.  With many announcements incoming and reveals for what to expect in 2011 and beyond, it would be a bit of a let down if we didn’t hear a little something from the Gears of War franchise.

In the latest promo for the show, it was revealed that Epic Games will be showing off New Gears of War Gameplay.  With the veil of secrecy draw tight, Cliff Bleszinski added that “It’s not what you’re expecting.”

Which could mean a lot of things to a wandering mind, such as myself.  And since I’m free to speak my mind here, how better to end the VGA’s than by announcing: OPEN BETA STARTS NOW!

Well, that’s sounding a little unlikely, but you never know.