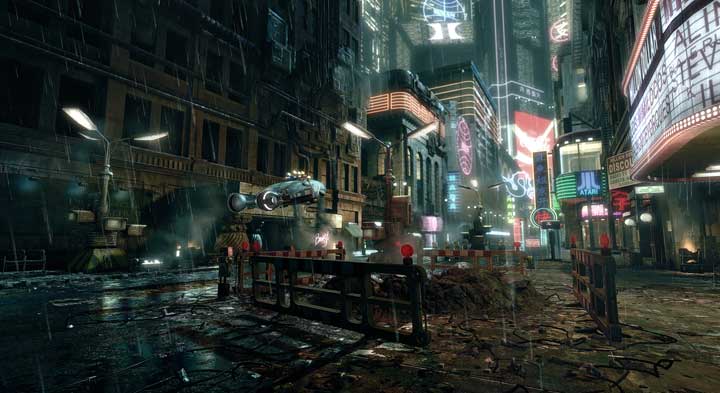 Playground Games, the studio behind Forza Horizon, are in the works for developing a “next-gen Forza project”, according to the LinkedIn profile of Yibo Liu. Yibo Liu is a technical artist for Playground Games and he originally disclosed that he was “Working as the only technical artist in the vehicle art team for an undisclosed next-gen Forza project.” He has since changed it to “undisclosed next-gen project.”

When contacted, a Microsoft spokesperson replied, “We do not comment on job postings or any speculation.”

Whore of the Orient

Team Bondi, the studio behind the troubled L.A. Noire, now has a new next-gen game up the works that Brendan McNamara described as “one of the great untold stories of the 20th century.” It also has leaked gameplay footage, obtained by VideoGamer.com from a “trusted source”.

In announcing their lineup for Gamescon, Ubisoft has revealed that they “will share details on a new next-gen IP currently in development during [Gamescon].” Gamescon will run from August 21-25 in Cologne, Germany. Ubisoft will also show Assassin’s Creed IV: Black Flag, Watch Dogs, The Crew, Rayman Legends and Splinter Cell Blacklist.

Online, Konami is asking fans through the Metal Gear Rising website to take a survey about Metal Gear Rising and answer questions like: How difficult was the game? How “Metal Gears’-ish did it feel? and Would you be interested in buying a sequel if there were one? It also asks what you would expect from a Metal Gears Rising sequel, such as increased length, improved story, etc.

Cliff Bleszinski, otherwise known as Cliffy B, has released a cropped piece of art, calling it a “sneak peek at something I’m working on.” Bleszinski, who’s previous works at Epic Games include Jazz Jackrabbit, Unreal Tournament and Gears of War, has been relatively quiet since leaving Epic, however he has indicated he is interested in starting his own studio.

Capcom has recently released a new trailer for Deep Down, a game revealed at the Play Station 4 reveal but that we’ve heard little else of since. The trailer seems to indicate it is somewhat of a horror game, and that it is an online game of sorts, either Dark Souls-ish or a MMORPG.