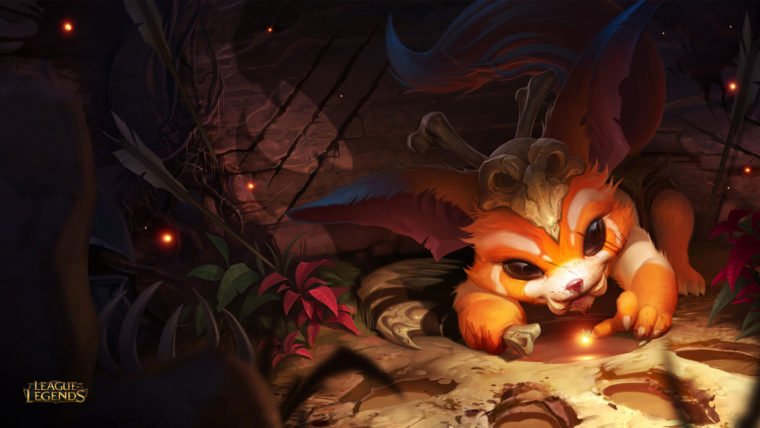 After a short tease from developer Riot Games, Gnar has been revealed as the newest champion to join League of Legends. As always with a new League of Legends champion, Gnar comes with a complete backstory, new abilities, and some insights on how best to utilize him in game.

A yordle born millennia ago, Gnar was captured and trapped in true ice, frozen – quite literally – in time

Riot shared Gnar’s backstory on the reveal page saying, “Time marches on for most, but not Gnar. A yordle born millennia ago, Gnar was captured and trapped in true ice, frozen – quite literally – in time. Civilizations formed and fell as the prehistoric yordle vacantly stared on, but nothing – not even true ice – could confine Gnar forever. After breaking free, he wandered Runeterra until he found himself taken in by his yordle descendants. But, as they would soon discover, there’s a beast behind the boy.”

Gnar’s has multiple new abilities, such as his passive Rage Gene, which slowly fills up a rage bar causing him to transform into Mega Gnar. Once he becomes Mega Gnar he will have extra armor, magic resist, health, and attack damage, but he will more and attack slower and have a smaller range. Other abilities include the Boomerang Throw, Wallop, Hop, and Crunch. To see Gnar’s abilities in action check out the video below, or head over to the reveal page linked above for full descriptions.

Riot claims that Gnar is best suited in the top lane of popular map Summoner’s Rift. “Gnar’s a prehistoric yordle best suited to the Rift’s top lane. A transform champion with clear strengths and weaknesses in both Mini and Mega forms, Gnar fights best when he anticipates his fits of rage, and come late game, brawls most effectively as a tank or fighter.”

Balance is always a key factor in any new addition to League of Legends. Gnar is said to work best when teamed up with fellow champions Lulu, Amumu, and Orianna, but has trouble fighting against Teemo, Irelia, and Fizz. With Gnar being a transform champion, Riot had to balance out both forms to be sure he would be a good addition.

“Here’s the central question we posed ourselves: how can we create a new transform champion that feels fundamentally good to play as and against?,” asked Gnar’s designer gypsylord. “Our answer was to make a champion with identifiable strengths and weaknesses in both forms, then limit the player’s ability to control which form they play in. After months of testing, we ended up with the (sometimes) adorable ball of fluff known as Gnar.” 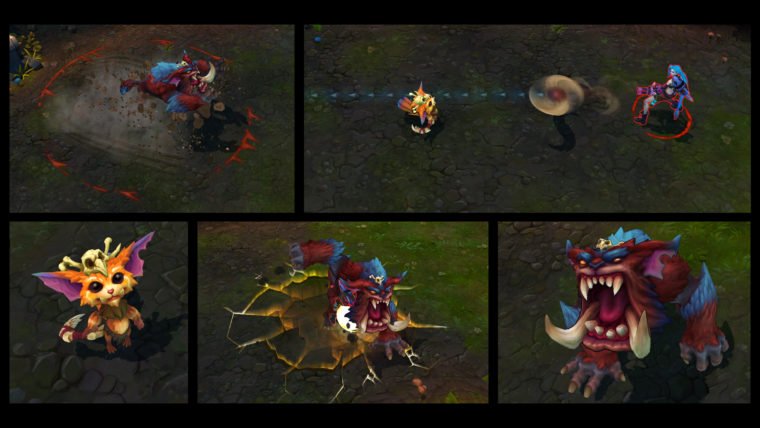 Riot went on to explain some of the key differences between Gnar’s two forms. “Gnar’s rage meter fills slowest at the start of the game, so mastering his Mini form is key to a successful early game. Fortunately, Mini Gnar has plenty of tricks up his furry sleeves to keep his more fragile form safe from enemy aggression.” Once transformed into Mega Gnar, you’ll need to change up your strategy. “A brutal beast with significant crowd control and surprising burst, Mega Gnar brings a completely different playstyle to bear complete with inherent strengths and weaknesses. He’s a juggernaut: slow, strong and resilient, and while he delivers a punishing burst of damage, he has little to follow up with.”

See more tips and information about Gnar on the Riot’s League of Legends website.