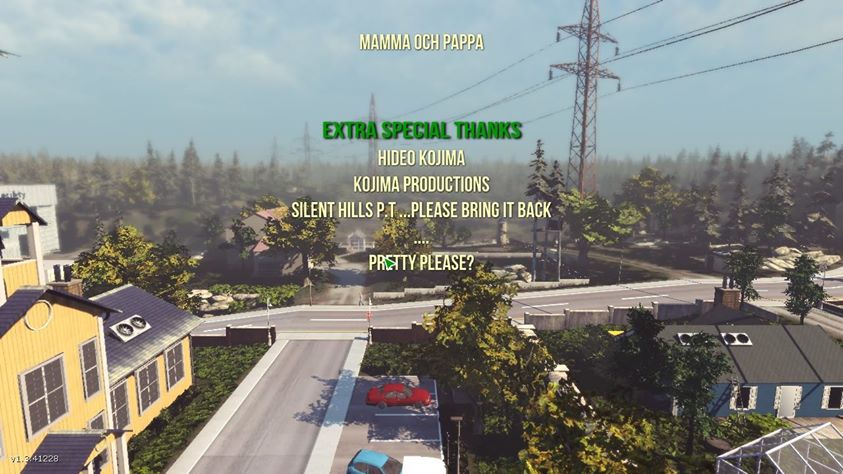 If you have been keeping up with all the news surrounding Hideo Kojima’s departure from Konami and the oddities that surrounded it. It all seemed to end with P.T. being cancelled. Now, Coffee Stain Studios are paying their respects and including Kojima in their credits in Goat Simulator.

The news comes via a post on the Goat Simulator Facebook page where the developers posted a nice little note to show Hideo Kojima and their fans that they care, along with the image above. Their Facebook read;

You’re always welcome to work with us Kojima! <3″

The image and inclusion of him in the credits is a bit different as it gives him ‘extra special thanks’ and begs Hideo Kojima to bring back Silent Hills/P.T. ‘Pretty please?’.

Although it is doubtful that it will have any major impact on the situation it is great seeing that other developers were also looking forward to it and managed to take it on in a humorous way. It can be assumed that by now Kojima himself has seen it. Maybe he will be working on Goat Simulator 2 in the near future.