God of War Reveals the Origins of Its New Weapons 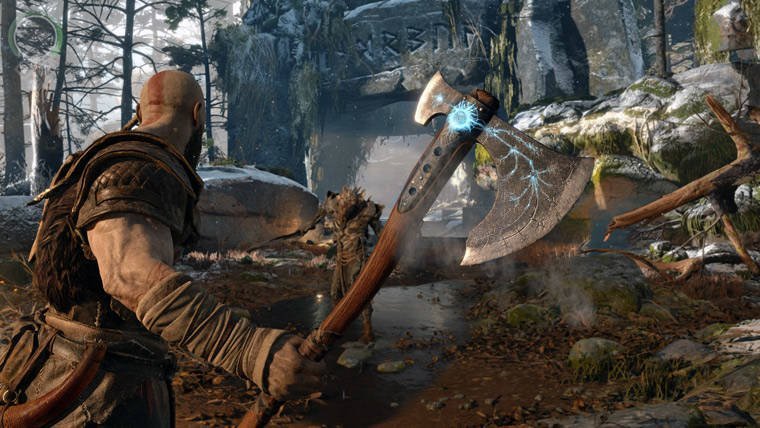 The developers of the upcoming God of War for PS4 have shared more information about the game by adding a new chapter to The Lost Pages of Norse Myth section on the official website, and a new podcast. The focus of the new information were the weapons used by the main characters Kratos and Atreus, and how they influence the battle mechanics of the new game.

Kratos’ axe receives the name of Leviathan, and it was forged by the Dwarven brothers Brok and Sindri. They created such a powerful axe in order to restore the balance of the realms, after suffering the abuse of the Aesir gods. The video preview of the podcast depicts a conversation between the two brothers concerning the power of their creation. Kratos’ shield is described as “Quick as a flash, but withstanding blows that would tear ordinary defenses asunder.”

Atreus makes use of an arrow that doesn’t require physical contact with the enemy, and in contrast with his father, he has no issues in embracing the magic of the gods, as he hasn’t suffered the same dreadful experiences with them as Kratos. These long-range attacks are very useful in the new game, as they help keeping players focused on the enemies that are closer to Kratos.

Episode Four of the God of War podcast titled “The Forge of Leviathan” reveals more information about the lore and battle gameplay of the game. Check it out on the Lost Pages of Norse Myth section in the official website, and watch a video preview below.