Gravity Rush Is Getting Its Own Manga Series 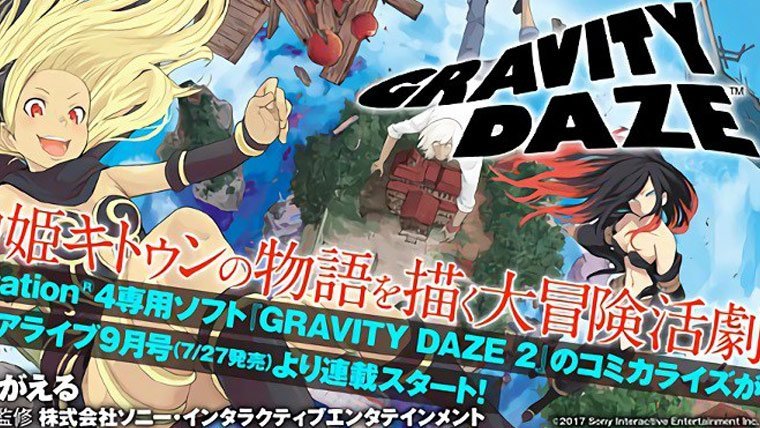 Fans who thought the Gravity Rush series (Gravity Daze in Japan) might be taking a break after the excellent second game for PS4 will be happy to know that Japanese publisher has announced a new manga series based on the adventures of Kat. The series will get a new issue every month, as part of the Comic Alive magazine. The first part should come with the September issue of the magazine. It is not known yet whether the manga will retell the story of the videogames or will offer a brand new tale.

The decision of adapting the series into manga makes all the sense considering that most of the game’s scenes were told in comic book style, and the art design itself showcases an animated look. The series was already adapted into two anime shorts, as a way to link the story of the two videogames.

Gravity Rush is one of the most original IPs released by Sony in the last few years, and its excellence has attracted a small but passionate fanbase that will be no doubt ecstatic to see the series getting new life. The series tells the adventures of Kat, a girl who wakes up without memories in the town of Auldnoir, next to a cat who provides her with the power to control gravity.

Home / Game News / Gravity Rush Is Getting Its Own Manga Series