Halo 4 campaign, multiplayer maps, Spartan Ops are all “near complete.” 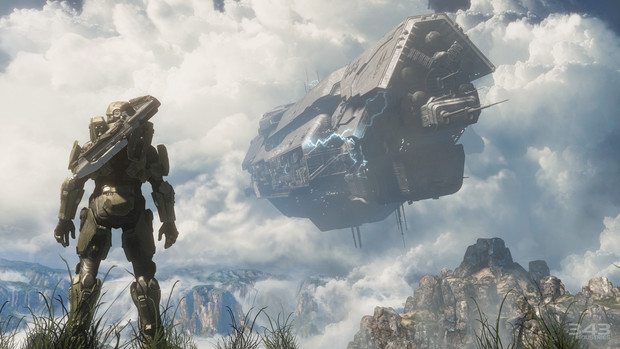 Most FPS fans would agree that time seems to tick away ever so slowly when there’s a new Halo on the horizon. While we still have more than four months before Spartan-117 returns, 343 Industries proudly announced today that the team is making huge strides in the development of Halo 4.

As the developer states in the latest installment of the Halo Bulletin report, the Halo 4 campaign is playable from start to finish and the first 10 multiplayer maps to be shipped with the game are nearly finished. Additionally, the “first several weeks” of Spartan Ops content are almost ready to be consumed by gamers. The report reads:

“The Campaign for Halo 4 is playable from start to finish, with some levels being near complete and others still needing some good, old-fashioned elbow grease (in the form of polish and bug bashing). The first several weeks of Spartan Ops find themselves in a similar state, as do the ten multiplayer maps that are shipping with the game.”

The anticipated live-action series Forward Unto Dawn is also nearing completion, according to the report. 343i stated that the cast and crew have finished the last day of principal shooting and are now on moving on to post-production. The developer notes that more info about  the Forward Unto Dawn series will be dished out at Comic-Con 2012 next month.

The newest Halo 4 multiplayer map, Longbow, is also briefly detailed in the bulletin. 343i admitted the development team has a long-standing history with snow-oriented maps (Ah, the days and reminiscence of Sidewinder) and Longbow will follow in that tradition. 343i states in the report:

“From Sidewinder to Containment to Snowbound to Avalanche, Halo has a long multiplayer map history speckled with various virtual snow-filled expanses. That history continues into Halo 4 with Longbow…The goal was to create a playspace that showcases one of our new (and unannounced) game modes. Early in development, we considered several options, including making it something like a big Arecibo-type telescope built into a valley.”

While Longbow debuted on Day 3 of the E3 show floor, I went hands-on with Halo 4 on Day 2 and was given a glimpse of Adrift. You can check out the impressions of my limited time with the map right here. Hint: they were good.

Get a taste of Longbow below with brand new screenshots recently released by 343 Industries.