Halo 5: Guardians’ Removal Of Split-Screen Is A Big Mistake

The latest news in the world of video games at Attack of the Fanboy
July 6th, 2015 by Dean James 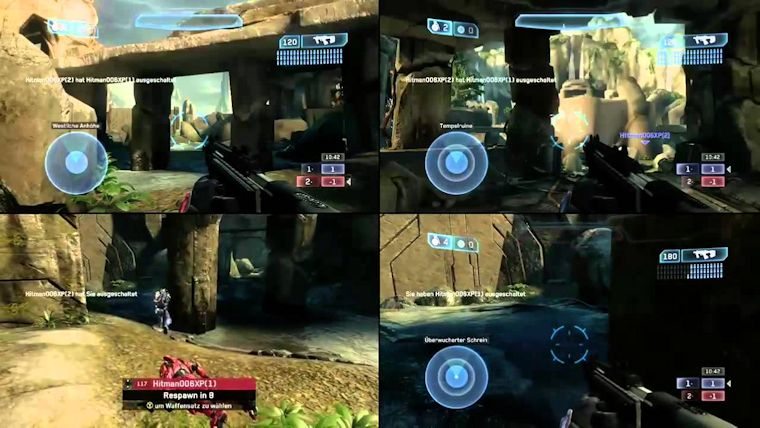 Halo 5: Guardians is scheduled for release this October and will without a doubt be one of the biggest games of the Holiday Season. However, there is already some controversy over the removal of a feature this time around that helped to define the franchise in the first place and has fans very disappointed.

Earlier this year, 343 Industries Studio Head Josh Holmes tweeted they planned for Halo 5: Guardians ” to support 2-player split-screen for both multiplayer and campaign co-op.” This disappointed fans enough at the time, because it meant the removal of 4 player split-screen, but something evidently changed and it has gotten worse.

We heard around the time of E3 that Halo 5: Guardians would have no split-screen of any sort between multiplayer or co-op, which was seemingly confirmed by the man that originally told us it was coming.

When asked on Twitter if local split-screen had been removed based on the Xbox.com listing that said 1 player. In a response Holmes said “All multiplayer modes used full screen on dedicated servers, including co-op campaign, Arena, and Warzone.”

This means that you cannot sit down with a friend and play through the campaign or face off against your friends, while sitting on the couch together. This was the true essence of Halo back in the days of Halo: Combat Evolved and has still continued in future entries, even with the growth of online play through Xbox Live.

As someone that has grown up playing the Halo series since the beginning, I still remember the days of getting together with friends and playing together on one TV. It might have been cramped on a smaller TV at the time, but there was just something about that experience.

While taking multiplayer shooters online with a dedicated screen is the ideal experience for actually playing the game, taking away split-screen entirely feels like a slap in the face to long time fans.

Sadly, this is an evolution of gaming that we are seeing more and more as online becomes more a part of the gaming landscape. The issue is that Halo was ingrained in that split-screen culture where LAN parties reigned supreme. It is one thing to not have splitscreen online, which has been a great feature of the past. However, removing it completely just seems shortsighted.

This also seems like it is taking away one of the best marketing tools from any multiplayer game as well. Personally, the single reason I got an original Xbox was after playing on my friend’s new Xbox he had just gotten. We played splitscreen Halo for hours and it instantly sold me on the game, mainly due to the experience with that friend. Within a week I got my saved up money together and went and bought a Xbox console with Halo: Combat Evolved, and I know many others have stories just like that. However, now that experience is completely gone it appears in Halo 5: Guardians.

Evidently something along the way in the development process made them make the decision to cut split-screen to enhance the experience otherwise. It would be nice if they could somehow find a way to put it back in after all the backlash, but I really don’t see that happening at this stage in the game, sadly. Either way, Halo 5: Guardians will be releasing on October 27 exclusively for Xbox One.