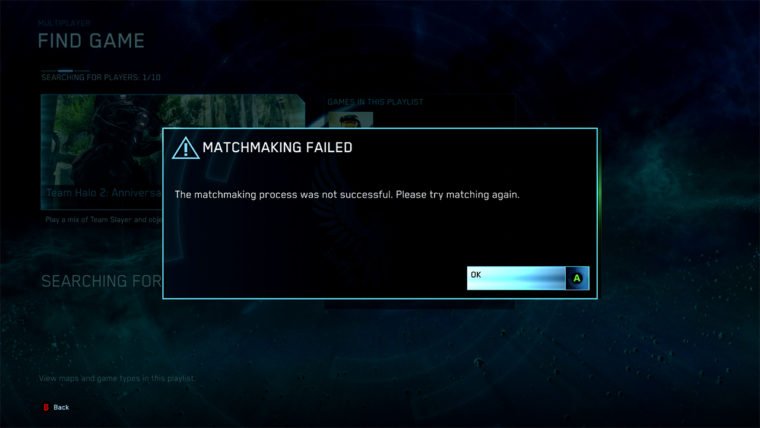 Halo: The Master Chief Collection has been out for a full week now, and problems persist in the game’s multiplayer component. A patch that was due out this Wednesday has been delayed by 343 Industries. Taking to the Halo Waypoint forums, 343 Industries confirms that players will have to wait a little longer for a matchmaking fix, but that the patch should still arrive this week.

“This week’s content update, which was originally scheduled for release this Wednesday, 11/19, will now be releasing later this week to allow for additional fixes, as well as the completion of the testing and certification process,” says 343.

Expected in the update are Matchmaking Performance fixes, stability improvements, as well as “game-specific fixes” for the single player campaigns. 343 has not put out an official release date or time for the patch to go live, but Halo fans that put their cash down for collection are growing restless.

It’s also unclear on whether or not 343 will re-activate some of the missing game modes in multiplayer. Once it was realized that matchmaking issues were widespread, a number of game modes were stripped from the matchmaking area of The Master Chief Collection. We’ll have to wait and see if the patch ends up fixing the game in a way that will allow 343 to re-activate some of these missing modes and features.

In a note to fans, Dan Ayoub, the Executive Producer on the game says that they are “various teams working 24/7 to isolate and resolve the issues.”