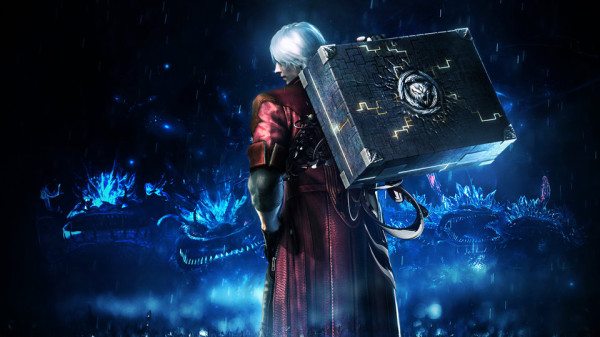 What do you get when you combine the devil-slaying charm of Dante and the angel-killing allure of Bayonetta? We may find out someday if PlatinumGames game designer and director Hideki Kamiya gets his wish.

In the latest issue of Dengeki PlayStation, Kamiya addressed his former employer, Capcom, and revealed during an interview his desire to work on a crossover title featuring Devil May Cry’s Dante and Bayonetta’s titular heroine:

“…A cooperation with Dante (from Devil May Cry) and Bayonetta might also be fun. Dear Capcom, if it’s okay with someone like me, I will help anytime. Best regards. Everyone, bow down your heads together with me!”

Kamiya was deeply involved with the inception and realization of both Devil May Cry (2001) and Bayonetta (2009) during his time at Capcom and PlatinumGames, respectively. As such, if there is one person capable of combining two of the biggest names in the action-adventure genre, it would be him. Surely, any game featuring personalities as big as Dante’s and Bayonetta’s would be a sight to behold.

The interview didn’t simply cover crossovers, however, as Kamiya also talked about his desire to work on remakes and sequels. In particular, he mentioned Devil May Cry, Viewtiful Joe (2003) and Ōkami (2006):

“I want to work on a Devil May Cry and Viewtiful Joe remake, or a true sequel for Ōkami.”

Just like with DMC, Viewtiful Joe and Ōkami are titles that Kamiya was involved with during his time at Capcom. Both titles are beloved by fans and ones they have been begging Capcom to revisit for years now. Viewtiful Joe had three entries and hasn’t been touched since 2005, while Ōkami had only two entries and hasn’t seen an update since 2011. An HD port for the latter will be coming to the PlayStation 4, Xbox One and Windows PC in Dec. 2017, but what fans really want to see is a genuine sequel (rather than Ōkamiden).

There likely wouldn’t be any objection to any of these proposed games from fans. However, even if Kamiya is willing to work on them, Capcom holds the rights to almost all of them and thus gets final say.