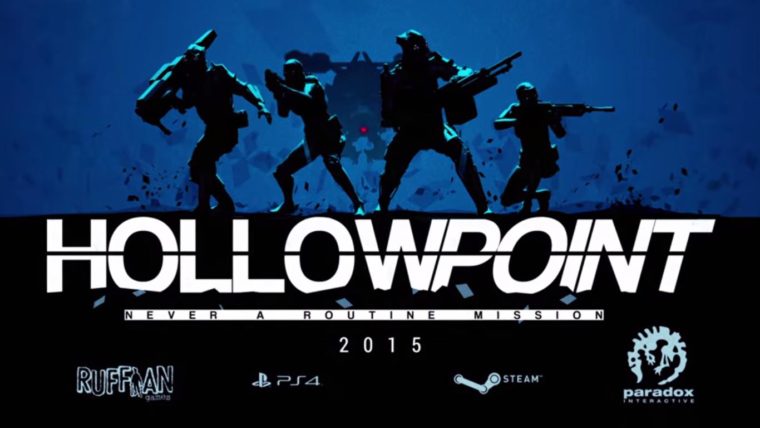 Paradox Interactive sure seem to be making waves this Gamescom. Not only content with having one new game revealed, Cities Skylines, and trying to build hype for a highly anticipated sequel, Hearts of Iron IV, Paradox has announced one of their first forays into the console market with Hollowpoint by the studio Ruffian Games.

Some of you may remember Ruffian Games for making Crackdown 2 as well as their work with Microsoft on various Kinect offerings and the more recent 343 Halos, but it seems that they are now trying to make a name for themselves post-Xbox with Sony’s Playstation in Hollowpoint, a “2D action sidescroller with 3D targeting” that requires planning, organization and execution. Sounds like a 2.5D old-school Rainbow Six or XCOM.

Heck, why not throw Pokemon in there too? As the leader of a mercenary outfit, it appears you will also be able to recruit a bunch of operatives and train them up as you do more missions. With co-op of up to 4 players and doing away of “routine” promised with some decent looking visuals in the “alpha footage”, this can turn out to be quite an interesting game if it doesn’t get rushed out of the door before it’s ready.

It will be interesting to see how Ruffian plans to balance out the 2D sidescrolling action and the need for “strategy,” but with a lot of time, promises and hope on their plate, we can only wait and see how this game develops as it approaches release sometime in 2015.

What do you think of Hollowpoint? Do you think it’s something worth keeping an eye on? Perhaps not? We want to know what you think! Leave a comment below!