The latest news in the world of video games at Attack of the Fanboy
October 21st, 2014 by Kyle Hanson 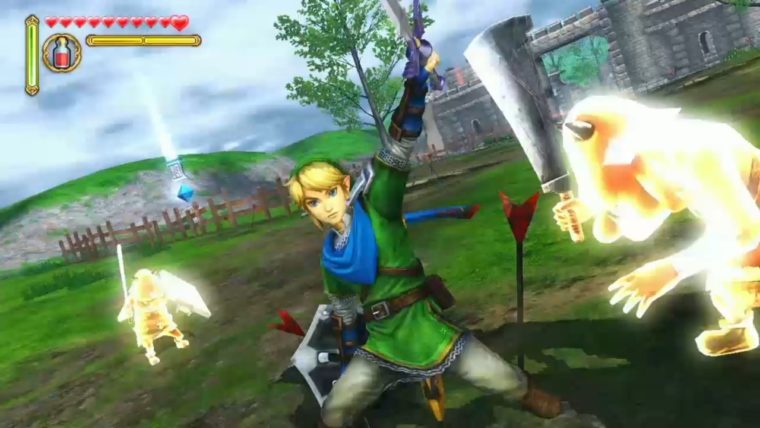 The big questions surrounding Nintendo’s new Amiibo figures has been what games they will be used in and how will that use benefit the player. We already know that Super Smash Bros. for Wii U will be supported, with it launching the same day as the first series of figures. Now we can add another game to the list with Nintendo’s announcement that Hyrule Warriors will be compatible with the Amiibo Link figure.

This runs counter to previous comments, which said that Hyrule Warriors would not support Amiibo at all. the only confirmed titles with Amiibo support at the time were Super Smash Bros., Mario Kart 8, Captain Toad: Treasure Tracker, Mario Party 10 and Yoshi’s Woolly World. Adding Hyrule Warriors seems like a great idea, especially given the game’s critical and consumer reception.

The details as far as how the figure will affect the game are promised to come later on. So far only the Link figure is confirmed to work with the game, however it seems reasonable that Nintendo would add in the Zelda figure once it is released next year. What use the figure will have in-game is a mystery at this time, but it could be similar to the way the Amiibo work in Super Smash Bros. Tapping Link on the Gamepad could bring him into the game as a computer controlled character who will help out in battle.

We’ll likely find out when we get closer to the release of the first round of Amiibo figures, which will be on November 21st.