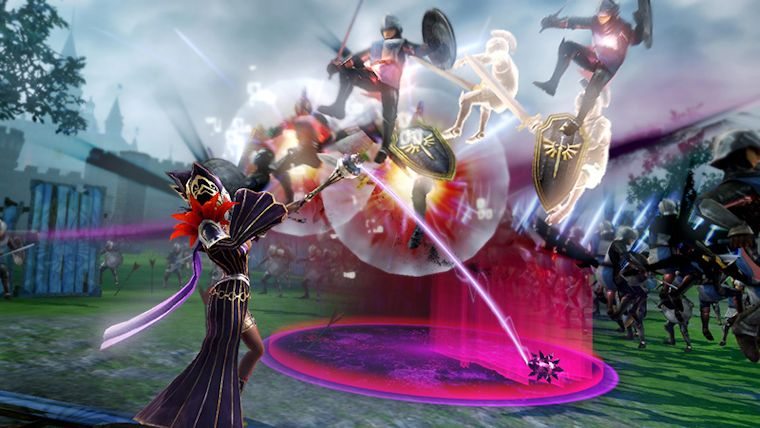 Hyrule Warriors hasn’t even released in the US yet, but we have already gotten news of a number of upcoming DLC packs for the game through the Koei-Tecmo livestream at TGS. This is far from a minimal effort either, as we are set to get a slew of new content for the game, which even includes some sort of Season Pass for the game, in Japan at least.

Spread out across the next few months, Hyrule Warriors will receive four different DLC packs, each based on different games in the Legend of Zelda franchise. In addition, we will also be getting a free pack soon that will allow you to play as three villains in the game, Cia, Volga, and Wizzro, all three of which can be seen in action in the gallery above.

According to a poster on NeoGAF who translated the slides shown during the livestream, we will be getting the following content across the next few months:

The Season Pass in Japan is set to cost 3000 yen, which if you pre-order will provide a special Dark Link costume. We also have to wonder when we may get the retailer exclusive costumes to download as well, as only the costumes in the Twilight Princess pack would even fit that at all.

What new characters would you most like to see from these packs now? Human Midna could be possible for Twilight Princess and perhaps Skull Kid and Majora could itself could be playable from Majora’s Mask. At this point, we’ll have to wait and see though.