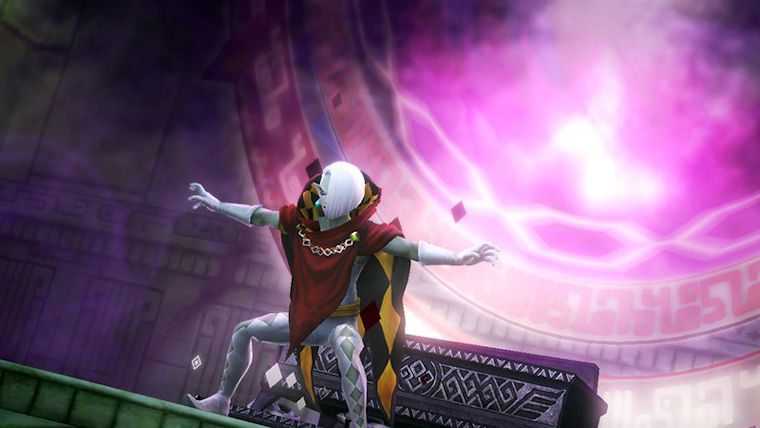 Hyrule Warriors is Nintendo’s next big release on the docket and as a result, Nintendo held a Nintendo Direct that was completely focused on Hyrule Warriors last night. During that Direct, we learned that both Ganondorf and Zant were joining the game as playable characters. However, that is not all, as the Direct also revealed that Skyward Sword’s flamboyant Demon Lord Ghirahim was also going to be a playable character.

Playing as Link’s nemesis in Skyward Sword, Ghirahim made a large impression with his very unique personality, including getting more and more insane as the game continued onward. Armed with his Demon Blade, Ghirahim looks primed to take down the massive armies of enemies in Hyrule Warriors. We even see a special move that involves one of his later transformations from Skyward Sword, so it appears he will have a wide variety of moves at his disposal. He will also utilize his teleportation technique quite a bit, complete with his expected dancing.

As with Zant, there has been no official trailer released for Ghirahim yet by Nintendo or Koei Tecmo, so you will have to watch it in the embedded Nintendo Direct below for the time being. More than likely we will see an individual character trailer for Ghirahim in the coming days, so make sure to stay tuned for that.

Hyrule Warriors will be coming to the US on September 26, exclusively for the Wii U.