Hyrule Warriors Prepares To Ride On Epona In October 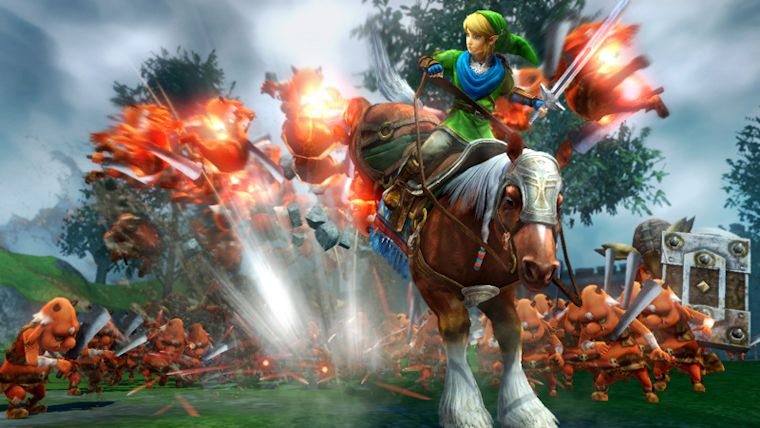 The long awaited release for Hyrule Warriors in the US is finally over after a summer drought of very little in the way of Wii U games. In honor of that release, Legend of Zelda series director Eiji Aonuma took to Miiverse to reveal a major piece of the first round of upcoming DLC for the game.

We just learned recently that Hyrule Warriors would be getting a Season Pass, with one of them being known as Master Quest. Some of them are slated to include new playable characters, but while this one does not, it does include a familiar character that has played a major part in many Zelda games, Epona.

“The new weapon added through the Master Quest Pack is…Epona! Some of you may be surprised to hear that Epona is a “weapon”, but in Hyrule Warriors, she can team up with Link to attack enemies! I already had a chance to try out Epona in the game. By riding Epona, I was able to blow heards of enemies away and gallop swiftly through the fields, and I had a lot of fun trying out this re-imagined version of her in Hyrule Warriors. In the Zelda series, players never had a chance to tackle bosses by galloping around them with Epona like in Hyrule Warriors, so I hope fans will enjoy playing as Zelda characters in a game with a different type of action than you typically find in the original series.”

This Master Quest DLC pack is set to release on October 16 with a new scenario, two new costume, and a new adventure map as well. Aonuma said details about the rest of the pack will come soon, so stay tuned for that information as soon as it is revealed.