An image of the redesigned Steam Controller pops up at GDC 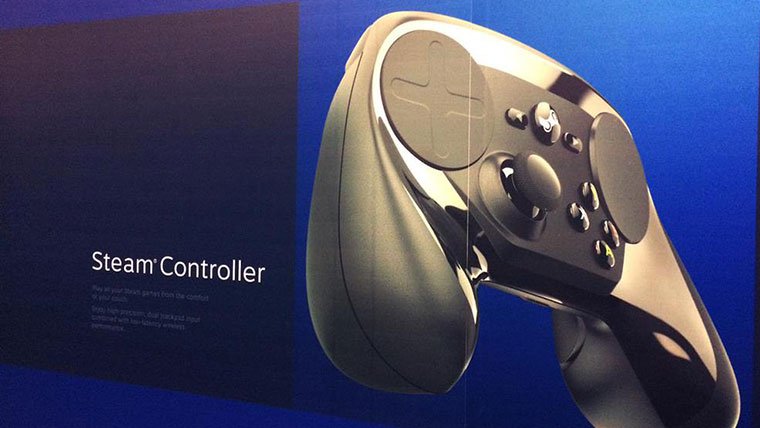 With the Steam Controller slated to arrive this year, a recent image that was spotted by GDC attendees reveal what is likely the final revision that consumers will be able to purchase shortly. While the controller has gone through numerous revisions since it was first announced back in 2013, it looks like Valve has settled with a mix of the trackpad features and traditional inputs.

Some other text on the signage says “Enjoy high-precision, dual trackpad input combined with low-latency wireless performance,” and “Play all your Steam games from the comfort of your couch.”

Valve’s product page for the controller reveals their design methodology.  “The Steam controller offers a new and, we believe, vastly superior control scheme,” touts the company.

Yesterday, Valve announced a number of hardware initiatives, which included a home streaming device called Steam Link.  This product will allow Steam users to stream Steam games to any room in the house on the same network.  It was also revealed that the controller would cost $49.99 when bundled with Steam Link and would debut in November.