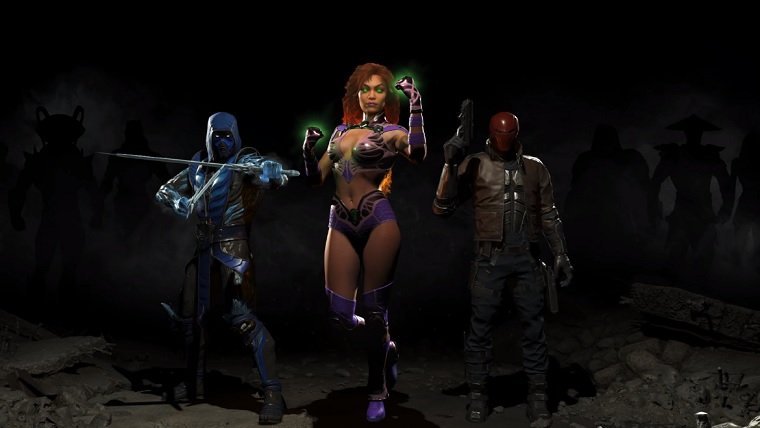 The characters in question are Starfire, Red Hood and Sub-Zero, who were revealed by Warner Bros. and NetherRealm Studios earlier today. All three of these characters will be bundled with the Digital Deluxe and Ultimate Editions of the game. There will also be six more downloadable characters coming to the game following the aforementioned three, with all nine being a part of the Ultimate Edition.

We most recently got some new footage of Brainiac and Darkseid, with the trailers showing each of the characters in action. Both seem like they’ll be worthy opponents in the game, and you can see for yourself by clicking right here.

While the game is set to be largely similar to its predecessor, Injustice 2 will be shaking some things up to make it stand on its own. The biggest change will be through the new Gear System, which is essentially a loot-dropping system that rewards players with new equipment. This will insure that the game will have much more emphasis on customization and character building than the first one, which hopefully works out well.

Injustice 2 will launch for PlayStation 4 and Xbox One on May 16th. We’re still waiting on the release date for the DLC Fighter Pack 1, but you can check out the trailer for it below in the meantime.