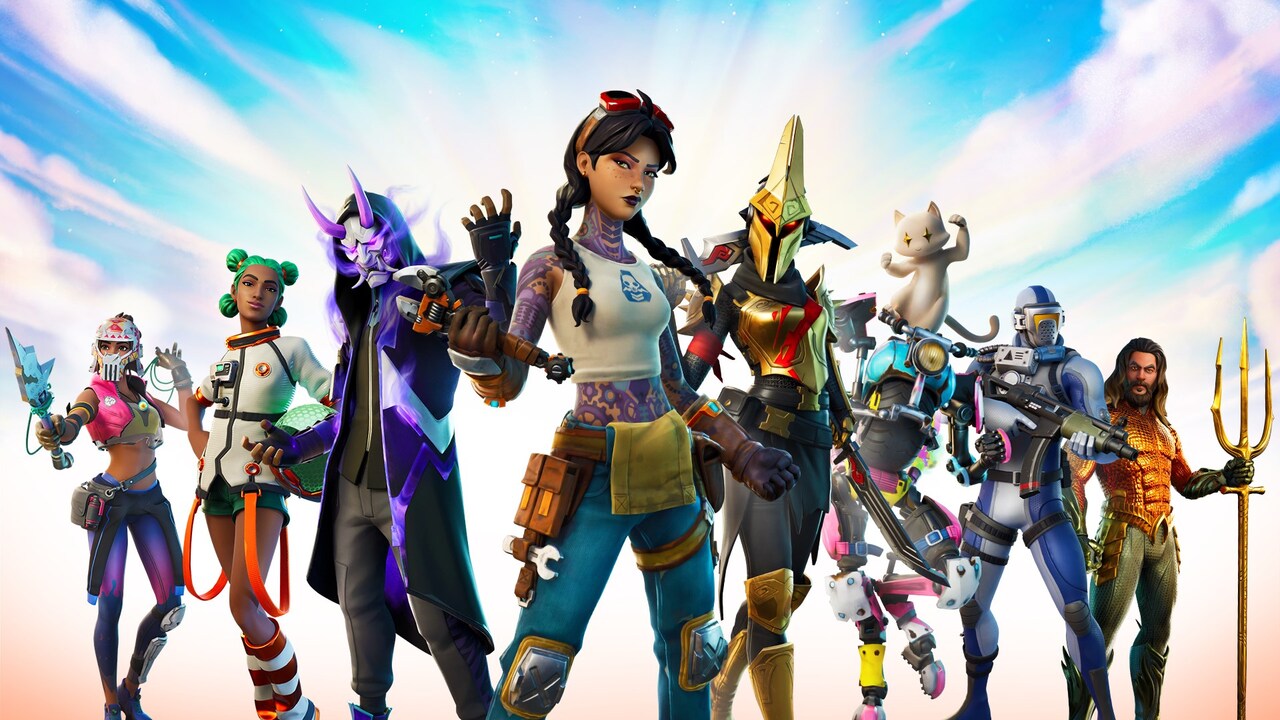 Much like the scenarios that followed the delistings of the mobile craze Flappy Bird and the first-person horror demo P.T., iPhones that have Fortnite installed on them are flooding eBay with listings that ask for thousands of dollars. Most of these listings are priced at $1000 or less, but others have prices that are upwards of $10,000 for the newest iPhones with Epic’s battle royale shooter installed.

These listings follow last week’s removal of Fortnite from the iOS App Store after Epic Games implemented a direct payment system that bypassed Apple in order to offer lower prices for in-game purchases. This resulted in Epic taking legal action against Apple, premiering a short clip titled “Nineteen Eighty-Fortnite” that parodied one of Apple’s most famous commercials and attempted to rally Fortnite players behind the hashtag #FreeFortnite. Similar legal action was also taken against Google after they pulled Fortnite from the Google Play Store, although Android users can still download and update Fortnite with the use of third-party stores like the Samsung Galaxy Store or through Epic themselves. 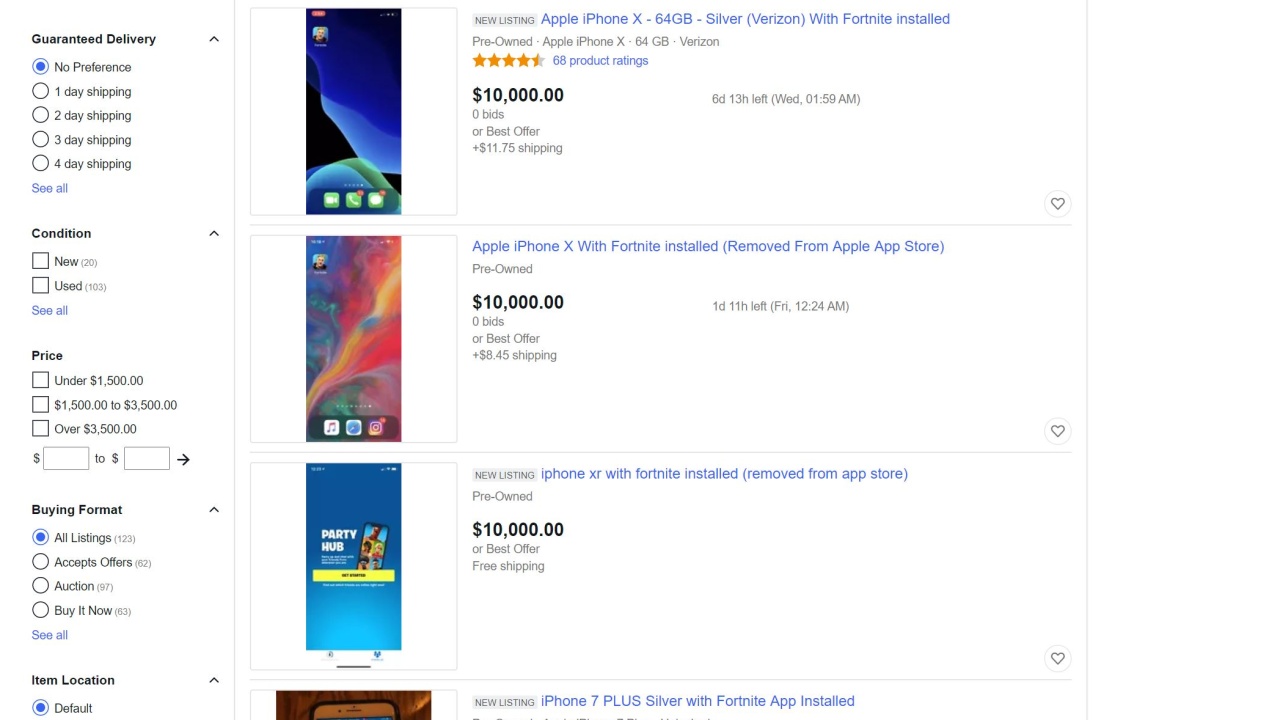 The game may have been taken down from the App Store on iOS, but those with the game still installed can continue to play it normally. Those who do not have the game installed cannot download and play the game until Apple reinstates the game to the App Store, and it seems like Apple and Epic are a long way from reaching an agreement. However, just having the game installed on an iOS device is not enough to keep playing forever. Because the game is no longer on the App Store, Fortnite on iOS can no longer receive updates. This means that once the Season 4 update releases in the coming weeks, iOS players will be locked out of the game until further notice.

Because most Fortnite players already have the game installed on their iPhones, there are understandably very few bids on these pricey eBay listings. The app also becomes worthless once the next major update releases, giving these listings a very short lifespan. Fortnite is playable on just about every device imaginable, and a large chunk of people affected by the removal of the game from the App Store likely have other methods of playing the game, whether that be a PC, console, or Android device. Unlike P.T. or Flappy Bird, there are still easy ways to play Fortnite, which is why these expensive eBay listings haven’t gained much traction. More and more listings continue to pop up, but very few have been sold.