The latest news in the world of video games at Attack of the Fanboy
July 7th, 2015 by Kyle Hanson 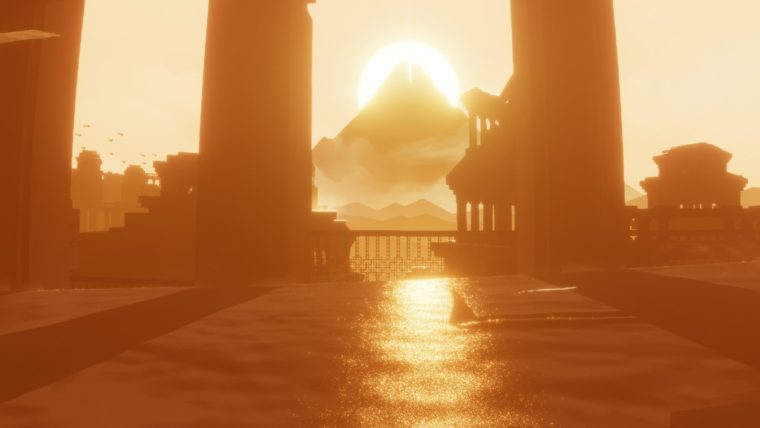 We’ve known about Journey coming to PS4 for a while, but yesterday the surprise of the release date, set for July 21st, was accidentally leaked via a PlayStation website. Now, Sony has made that date official, and revealed some more details about the upcoming release.

The biggest news is that Journey will feature cross buy support, meaning if you already purchased the game digitally on PS3, you can download it for free on PS4. However, the cross buy support will not work with the physical Collector’s Edition release, as Sony can’t link the disc to a single account.

This seems to have pleased most fans though, as most sales would have been digital and gamers were worried that they might have to rebuy the game to enjoy its upgrades on PS4. Those upgrades are, of course, mostly visual in nature. Bringing the already stunning game to the PS4 should enhance the resolution to 1080p and bring the framerate to a solid 60fps.

In celebration of the release Sony has opened a new website dedicated to gamers sharing “What Your Journey Experience Meant To You”. Users are told to “Grab your phone, turn it toward you, record, and share your video testimonial on YouTube, Instagram, Twitter, or Facebook.” Add in the #OurJourney tag and it could be displayed on the site.