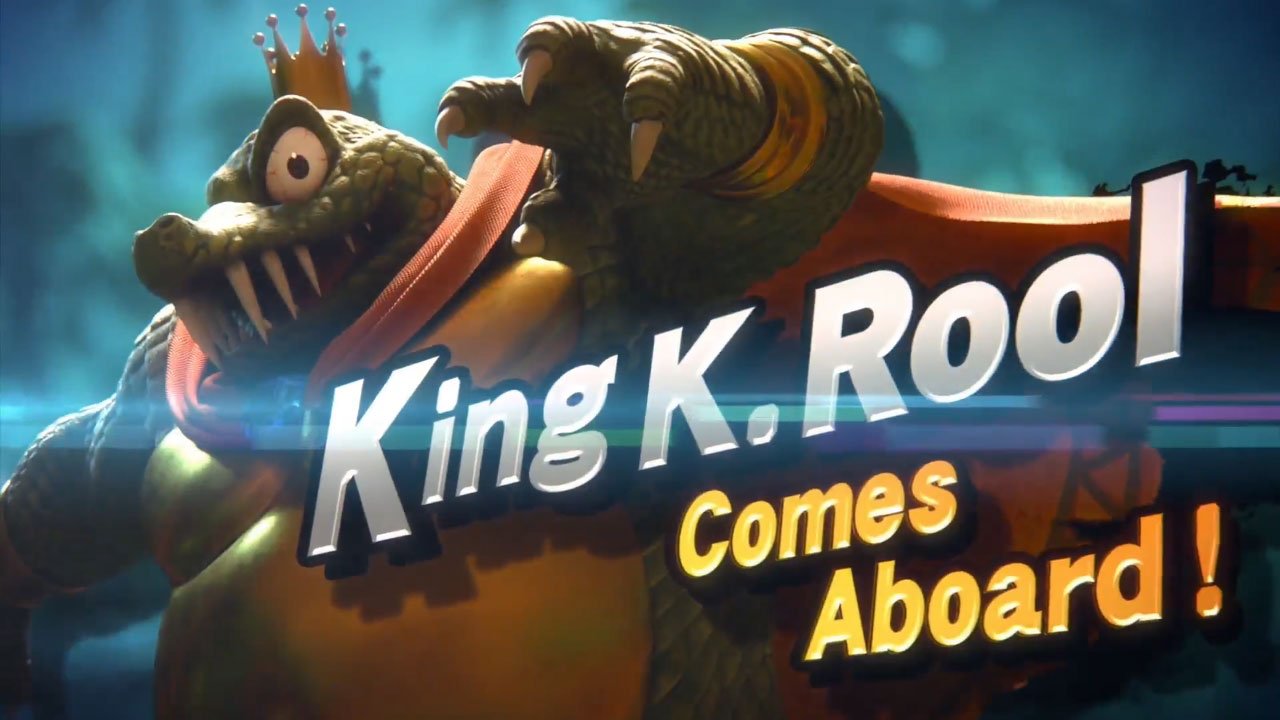 Nintendo held a Super Smash Bros. Ultimate Direct stream today, during which a lot of new information about the game was announced. Among this new information were the reveals of several new characters, including Simon and Richter Belmont from the Castlevania series, as well as the new Echo Fighters Chrom and Dark Samus. But of course, a Nintendo Direct is never finished without a “one more thing…”

At the end of the stream, it was revealed that Donkey Kong Country villain King K. Rool will be joining Super Smash Bros. Ultimate as a playable fighter. Along with Metroid‘s Ridley, who was revealed as a fighter during E3, King K. Rool is a villain that fans have been clamoring for to appear as a playable character in a Super Smash Bros. game for a long time. From the little bit of in-game footage we got of King K. Rool, it looks like he’ll be able to use a number of his signature moves from the Donkey Kong Country series, such as shooting a gun that fires cannonballs and throwing his crown like a boomerang.

Super Smash Bros. Ultimate is set for release on the Nintendo Switch on December 7. You can watch the full direct stream below (King K. Rool’s reveal comes at the end).