Kitty Powers’ Matchmaker Pairs Up With Steam for Release 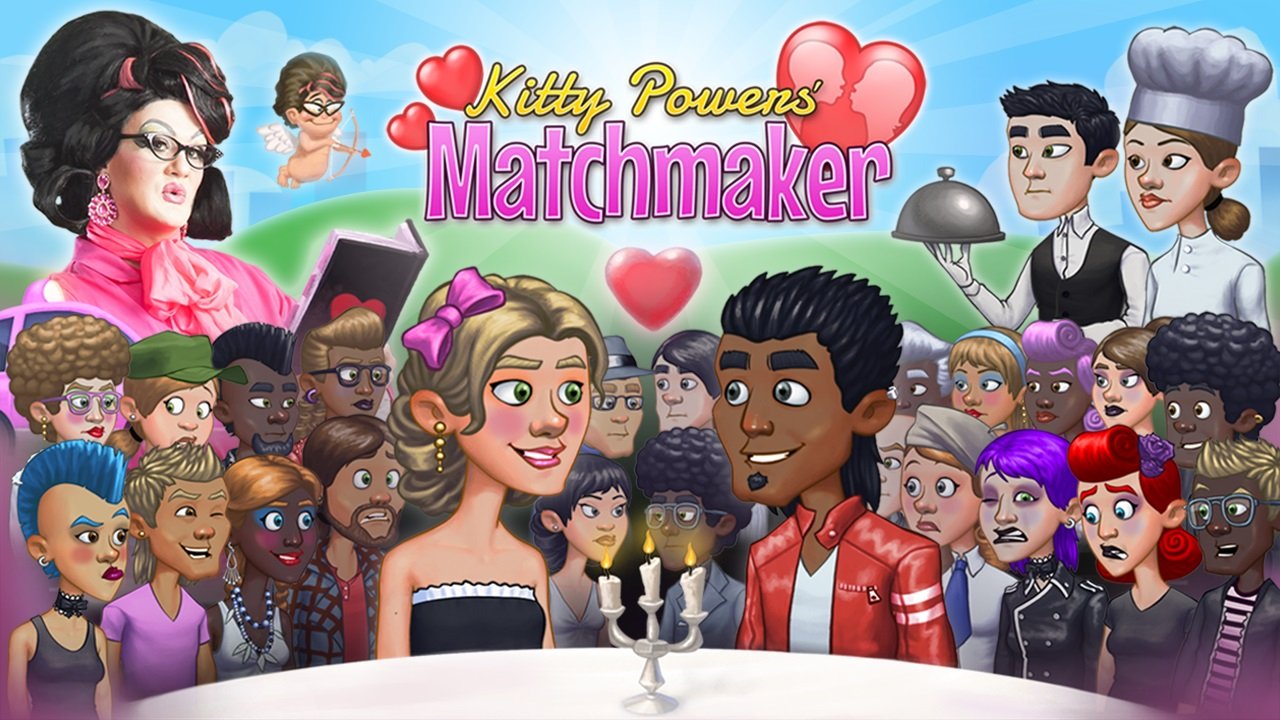 Popular mobile game Kitty Powers’ Matchmaker has made its way to Steam for an upgraded PC release.

Kitty Powers’ Matchmaker is a campy, offbeat dating sim that features the eponymous drag queen. Developed by first-timers Magic Notion and published by Mastertronic, it relies on the same strange appeal that has made games like Hatoful Boyfriend wildly successful.

The game procedurally generates avatars much in the same manner that Redshirt did; minus, of course, the green and blue skins of the space dating simulator. The player is not an avatar, but an observer who guides prospective couples from first date to long-term commitment — or watches them fizzle. The upgraded version features voiceovers from Kitty Power herself and promises integration with the player’s Facebook, so that they can import avatars of their friends. In a pleasing move, the release trailer shows that potential matches can be of the same or opposite sex.

To celebrate the game’s innuendo-laden release, Steam is running a 25% off sale until the 29th of April. Kitty Powers herself has rather overshadowed this sale with a PR effort of her own. Ms. Powers and her larger-than-life act went on a blitz around London game studios and publishers in a Barbie-pink limo. She’s also posted in-character dating advice on VICE.