The latest news in the world of video games at Attack of the Fanboy
April 2nd, 2018 by Kyle Hanson 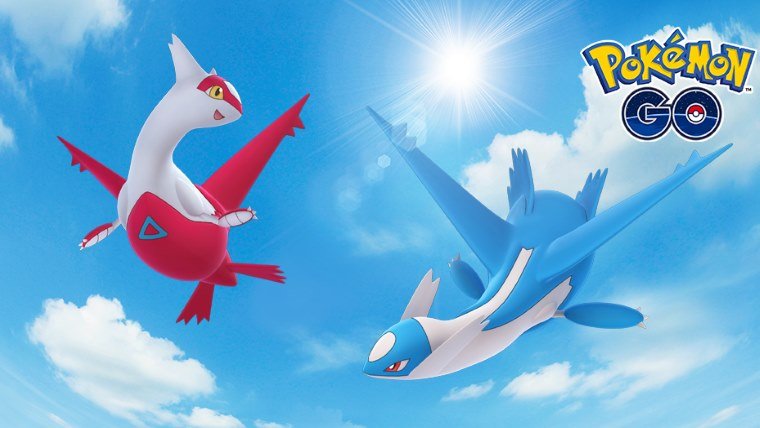 Right on cue, Niantic has revealed the next Level 5 Pokemon GO raid bosses. Lugia has been available in the game for the last few weeks, with a Shiny variant popping up for select few players at each raid. And now, as the Legendary Bird leaves we the latest additions with Latios and Latias, the two birds from Pokemon Ruby and Sapphire, or Omega Ruby and Alpha Sapphire on 3DS. Each character will be available for a limited time and will be located in different regions at different times.

Starting today players will be able to attend raids for either Latios or Latias depending on their region. Then on May 8th the Pokemon will switch places, allowing you to get the other one as well. Here’s the details…

“The Legendary Pokémon Latias will appear in Raid Battles across Europe and Asia, while Latios will appear in North America, South America, and Africa. On May 8, the Eon Pokémon will switch locations and will be available until June 5, so all Trainers will have the opportunity to catch both powerful Pokémon.”

Combine this with the newly released quests feature and Pokemon GO has really hit another stride. Players seem to be coming back in droves, or at least spending more money on the game, with it hitting the top of the Android and iPhone charts once again. Have you jumped back into the game? Are you still avoiding it? Let us know in the comments what you think.