LawBreakers Will Not Be Pay to Win, Heading to Consoles

The latest news in the world of video games at Attack of the Fanboy
May 22nd, 2017 by Al McCarthy 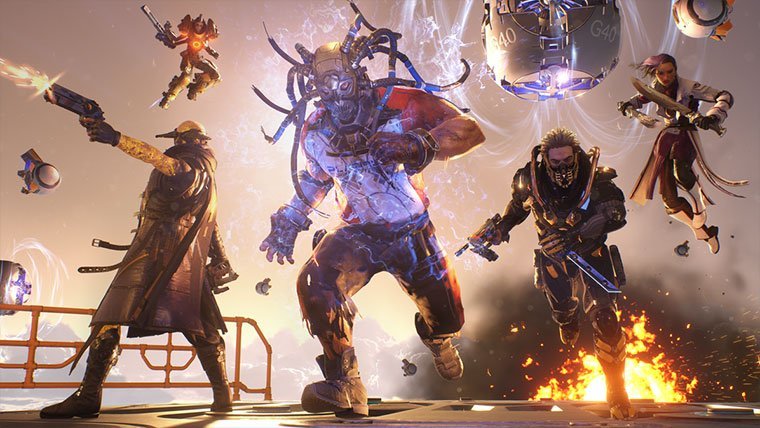 LawBreakers has been announced for the PlayStation 4.  While it was known that the game would be coming to PC for quite some time, today’s announcement from Boss Key Productions reveals that PlayStation owners will get a chance to play the hero shooter as well.

In the announcement it was revealed that the game will take advantage of the capabilities of the PlayStation 4 Pro with enhanced visuals.  While no release date has been given for either the PC or PlayStation 4 version of the game, it has been revealed that the “base game” will cost $29.99.  There will be no Season Pass for the game, and all of the future updates for LawBreakers will be free.

In addition, they wanted to clarify that this game will not be “Pay to Win.”  Instead, the game will focus on cosmetics for each character and these will be earned by way of something that sounds similar to Overwatch’s Loot Box system which they’re calling “Stash-Box.”

Whether LawBreakers will arrive on the Xbox One is to be determined.  Bleszinski’s recent comments mention “consoles,”  but no announcement has been made at this time.

When the game does finally release, it will do so simultaneously on PlayStation and Steam.  The date is set for later this year.  We’ve gotten a chance to play LawBreakers a handful of times and during the game’s beta.  For our impressions you check out our hands-on impressions from PAX.

Home / Game News / LawBreakers Will Not Be Pay to Win, Heading to Consoles