Legend of Dungeon Releases on Steam 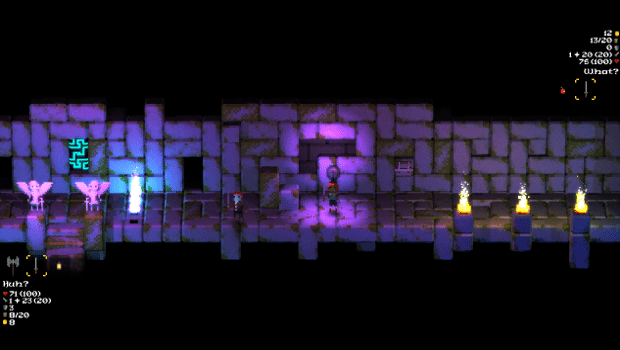 Legend of Dungeon from developers Robot Loves Kitty has made it’s leap from Steam’s Greenlight catalog to fully fledged retail game today as it released for a $9.99 USD digital download. To celebrate this milestone the team have released a new partially live-action trailer that makes almost zero sense but is still great fun to watch.

Legend of Dungeon is a beautiful side scrolling dungeon crawler with some great lighting effects and retro visuals which give it a very unique flavor. Equipped with randomized dungeons, lots of loot, weaponry, bosses and beat em up style gameplay with four player local co-op and controller support, Legend of Dungeon looks to be great fun for the value conscious dungeon addict with friends keen to adventure.

While PC gamers are far from starved for multiplayer dungeon crawling games with a retro flavour, the aesthetics of Legend of Dungeon look very appealing with the hybrid 2D/3D style giving a great effect which sets it apart from the pack.

Legend of Dungeon might just be the right thing keep you and your friends engrossed for the weekend while the world collectively awaits Grand Theft Auto V’s release early next week, at which point you have no reason to be doing anything else, unless you’re under 18 or don’t own the right console.