The latest news in the world of video games at Attack of the Fanboy
August 22nd, 2015 by William Schwartz 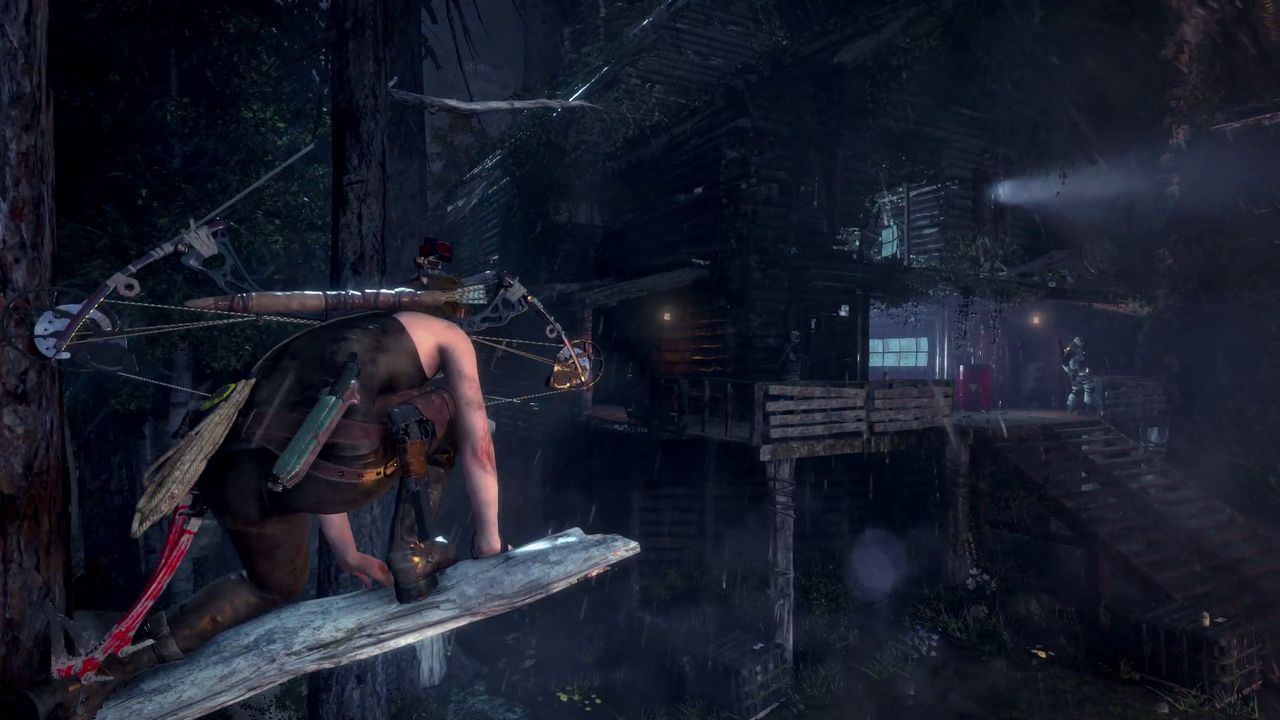 We’ve been impressed with what we’ve seen of Rise of the Tomb Raider so far. Nature is still Lara’s enemy, there’s an awesome bear, and there’s actually some cool looking tombs this time round.

What we haven’t seen so much of though is the variety that Rise of the Tomb Raider will (hopefully) offer. That changes today with the official Advancing Storm stealth playthrough. Despite being equipped with her trusty bow, Lara is shown to avoid the myriad of enemies that block her path.

With a combination of good timing, expert platforming and some Last of Us-style bottle throwing, Rise of the Tomb Raider has shown that you can avoid combat altogether, in some instances at least — something that wasn’t always possible in the Tomb Raider reboot.

Rise of the Tomb Raider is launching on Xbox One and Xbox 360 on November 10th, with PC and PlayStation platforms seeing a release in Spring 2016 and holiday 2016 respectively. Developer Crystal Dynamics have previously stated their indifference towards releasing the game on the same day as Fallout 4, and as we get closer to release, they’re yet to budge.