Madden 17 Has New Ball Physics And A Different Kick Meter 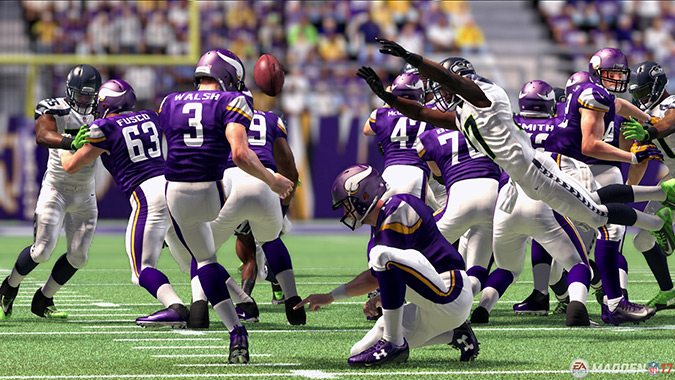 EA Sports has revealed some new information about Madden 17 today. A blog entry talks extensively about the new additions and changes they have made to this year’s game.

One of the changes that Madden veterans will notice in Madden 17 is that there is a new “Kick Meter” added this year. The reason for the change is because they want kicking to feel “less automatic”. They want to challenge players other than just flicking up on the analog stick.

Another big area that has been improved are the ball physics. EA Sports notes that “the ball has been fully integrated into our Ignite physics engine and the results are game changing“. The areas that have been focused are: Organic Knockouts and Tipped Balls, Blocked Kicks, Onside Kicks, Loose Ball Recovery and Throwing of the Sack.

If you want to read more extensively about the changes that have been made in Madden 17, you can do so by clicking here. The game will be out on August 23rd, 2016 for the PS4, PS3, Xbox One and Xbox 360.