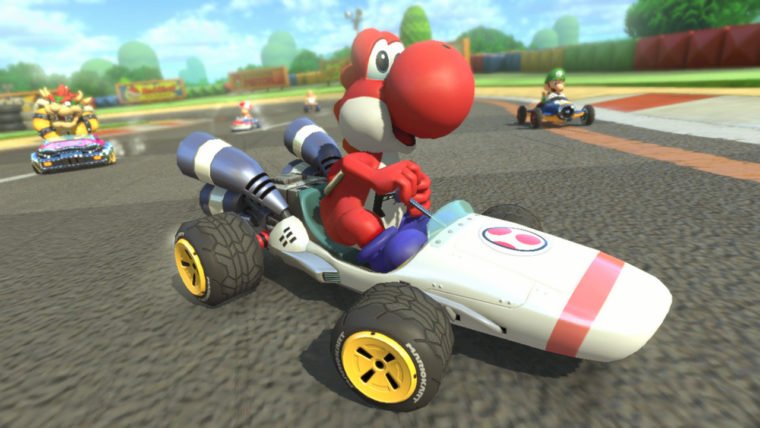 Nintendo’s Official UK Twitter account has announced one of the karts that will feature in the upcoming DLC expansion packs for Mario Kart 8. The B Dasher kart will be returning to Mario Kart 8 as part of the first DLC pack. This is a fairly iconic kart for the series, having graced the cover of Mario Kart DS. That pack will include three new characters, four new karts, and two whole cups consisting of a total of eight courses. The entire pack is themed around The Legend of Zelda, although the B Dasher seems to indicate that some elements won’t fit the theme entirely.

The quick B Dasher kart returns in Mario Kart 8 and will be in the 1st DLC pack!

So far we know a good amount of info about what is included in that first DLC expansion. The three characters are Link, Tanooki Mario, and Cat Peach, one of the other karts is the Blue Falcon from F-Zero, and one of the cups should be totally based on levels from The Legend of Zelda. This leaves two karts and the other four tracks completely in the dark though.

The second DLC expansion is based around Animal Crossing, with new characters Villager and Isabelle coming over from that series. Along with them comes Dry Bowser though, so again the them will not stay consistent throughout. One of the cups also seems to fit the theme, but we have no idea what four karts will be featured in this DLC.

Both sets of DLC are available for pre-order now for $7.99, but a bundle of the two is offered at a discounted price of $11.99 which also unlocks various color options for Yoshi and Shy Guy. No definite release date has been set for the expansions, all we know is that the first will hit this November and the next will arrive in May 2015.