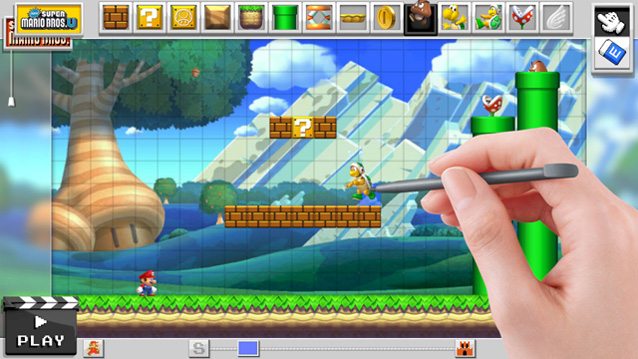 This year’s E3 was full of big reveals and video game announcements. From Nintendo, one game from the list of announcements is bringing back an instant classic but in a new twist. Mario Maker will give gamers the tools needed to create their very own Super Mario level. Though the lack of one feature may cost Nintendo big.

Takashi Tezuka, producer of the upcoming Mario Maker, spoke with NZGamer. During the interview it was brought up about multiplayer support. Most of us would assume that there would be some type of support with the past big name Mario titles featured a way for friends to join together and play. Apparently, the multiplayer for Mario Maker begins and stops at the point of allowing your map creations to be shared and downloaded.

“Far as multiplayer, I’m pretty set on probably not. What’s important about this game is the creation part, and we really want to focus on that.”

While it looks like multiplayer support is not on the agenda for development, there’s still a chance that developers may decide to throw something together. Are you picking up Mario Maker for the Nintendo Wii U and does multiplayer support play a role in your purchase decision?