Mass Effect 3: Are blondes so bad? 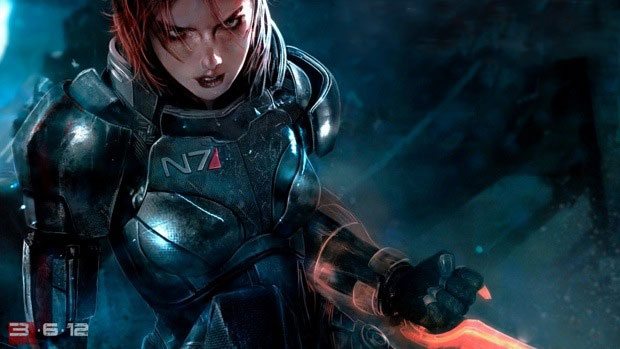 The huff and puff that has surrounded Bioware’s Mass Effect 3 “Vote for your female Shepard” has made me laugh. In case you have not heard, let me bring you up to speed:

First, in true democratic fashion, Bioware allowed people to vote for their favorite Female Shepard (FemShep) from a group of rather young, angry looking women with various hair styles and colors.  The winner was to be featured on one side of the Limited edition box for ME3.  Long story short: long haired, bed-head, blue eyed “BlondeShep” won by a mile.  Then things got interesting…

Despite the clear voting result, such a fuss was kicked up that Bioware recently did a femshep vote Round 2. Whether it was for publicity or face saving, I am not sure, but now gamers have the chance to vote for the next Femshep… again… but this time all of them have the same long, bed-head hair, with the only variation being color.  It will interesting to see who wins in the end.  Will BlondeShep prevail?

Before the results are out, I will leave you with a little food-for-thought.  Think about every lead man for a video game:  Tall, dark, handsome, short dark hair, usually 3-6 day stubble, and broad shouldered.  Who is guilty of this trend?  Think Mass Effect, Uncharted, Deus Ex, Allan Wake, GTA4, Assassins Creed, Red Dead… the list goes on.

My point; the appearance of both male and female lead characters in video games (and most mass media) are very stereotyped and overused.  At least in Mass effect you have the option to choose something else in your game… so don’t go crying if BlondeShep wins.  Don’t blame Bioware, blame democracy… blame gamers.

You can’t please everyone, and FYI Blonde Shep has the fewest votes this time around, with GingerShep in the lead.