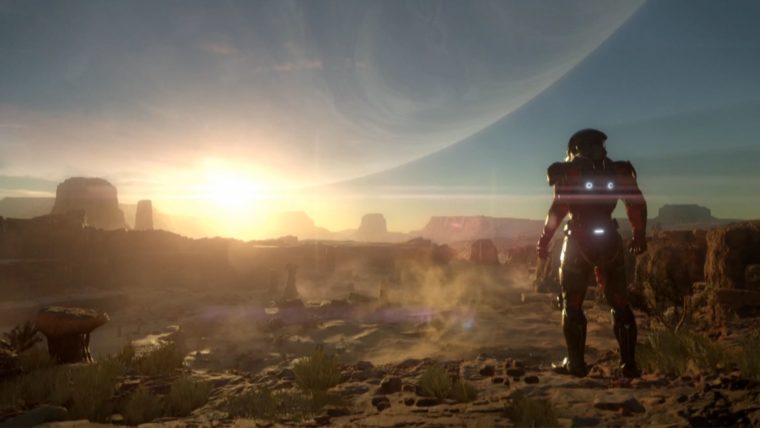 Bioware’s Mass Effect Trilogy has been one of the most beloved RPG series of the last decade.  While EA revealed the game for the first time back at E3 2015, not many details have been shared about what to expect from this upcoming title.

Chris Wynn, Senior Development Director who’s working currently working on Mass Effect has been fielding some questions from fans during the last few days via Twitter.

Wynn didn’t divulge too much information about Mass Effect: Andromeda, but did confirm that the RPG will be sticking with its popular third-person formula.  When posed the question of a first person option for Mass Effect, Wynn revealed that it “would be pretty expensive and risky.”

Wynn was barraged with all sorts of questions.  Like, will there be dancing and will it be improved from previous games?  Wynn revealed that they hadn’t quite nailed down the dancing animations at this point.

As for the story, Wynn says Mass Effect: Andromeda will be as juicy as ever.  With no information to go on, fans still obviously have tons of questions about this new game.  Something tells me when the smoke clears from the fall release schedule, we’ll be hearing much more about Bioware’s next.

As for those rumors of the original Mass Effect trilogy heading to new-gen platforms? Apparently there are still no details to share.  Mass Effect: Andromeda is slated for a holiday 2016 release on PlayStation 4, Xbox One and PC.