Meet the Battlefield 4 equivalent to Call of Duty: Ghosts Dog

The latest news in the world of video games at Attack of the Fanboy
May 31st, 2013 by William Schwartz 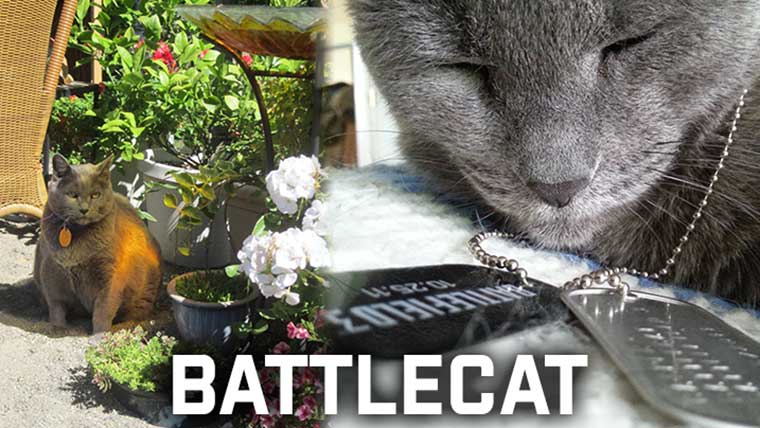 Today DICE introduced Casper, the official “Battlecat” for Battlefield 4. Obviously a feature that DICE won’t be one-upped on, Casper is in direct competition with the Call of Duty: Ghosts canine unit, introduced last week at the Xbox One reveal.

Whether DICE is taking a shot at the Call of Duty Dog, or whether they are just having fun with their fans is anyone’s guess. They’ve asked their followers to send in pictures of their felines, and as expected, the results are becoming amusing.

The competitive rivalry between the two shooters that are due out later this year, isn’t as tense as it was in 2011. That’s probably because EA is being more quiet about their competitors than they were back then. In 2011, numerous voices within the company kept reiterating that the Battlefield series is of higher quality than Call of Duty. It was a tactic that boosted sales for the franchise, but might have given them some bad feedback from parts of the gaming community.

The two franchises have had a healthy rivalry over the years, and DICE hasn’t been afraid of taking shots at their competition. They’ve gone as far as to make fun of the weapons that Call of Duty features, like the hearbeat sensor, when they took a potshot at COD in a cutscene from Battlefield Bad Company 2.

Will the gloves come off at E3? Maybe. We’ve yet to see much from either game, but E3 should shed new light on both Battlefield 4 and Call of Duty: Ghosts.