Modern Warfare 3 “Rotting From the Core” 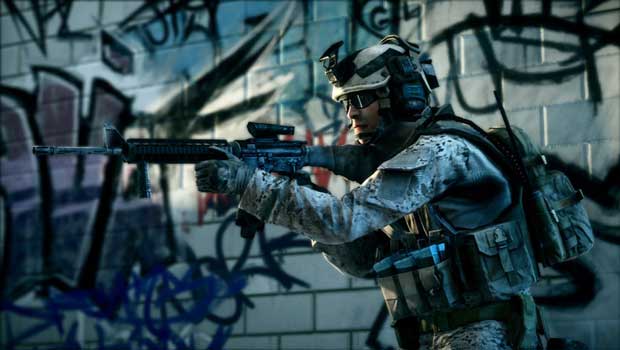 EA has made no secret of the fact that they are gunning for Modern Warfare 3 this fall with Battlefield 3. In what has been a passive battle over the years with games releasing in different time windows, both games have managed to co-exist peacefully for quite some time.  Sensing an opportunity to steal market share from Activision with a game that they believe is superior to Modern Warfare 3, EA has aligned itself to go head to head with the industry’s most popular franchise.

In the midst of the marketing , John Riccitiello of EA told Industry Gamers that he would like to see the Call of Duty franchise “rot from the core”.  In context from the original interview with Industry Gamers:

“So I do think, though, that we’ve got the better game, the better tack. And if you think about your readership, it’s got a concentration of people that might tell the difference between a good game and a bad game. We’re going to do really well there. A lot of people boughtModern Warfare more for the coffee table and didn’t play it for 2 months. There’s sort of that mass audience… they’re going to win there. The question is, ‘So, if the gamer buys our game and the mass audience buys their game, where do the two meet?’ And all I want to do, if you will, is to have them rot from the core,”

In context it doesn’t sound quite as bad.  As Riccitiello explained his views on competition.

“So headline number one, having a clash of the titans in entertainment [is great]. If you’re battling your cholesterol drug versus somebody else’s cholesterol drug, there are only so many people who need cholesterol drugs. The market is getting bigger, but it’s all about cholesterol. So the market divides. Your chips versus my chips. Maybe it gets bigger. But this is great for consumers. When two titans go up against each other, and battle each other for how you’re going to spend your entertainment time and dollars, it doesn’t get better than that. So as a headline, I think this is the best time in the game industry. I love when this happens.”

Unfortunately, these words got back to Activision’s CEO Eric Hirshberg who addressed Gamescom with a keynote message that claimed that his type of mudslinging was unnecessary.  Hirshberg said in his keynote address:

“Can you imagine the head of Dreamworks Animation coming out with a new movie and going to the press and saying that he wants Toy Story to ‘rot from the core’,” said the CEO. “It’s kind of hard to imagine, right?”…”We shouldn’t be tearing each other apart fighting for a bigger piece of the pie,” he continued,  “We should all be focused on trying to grow a bigger pie. If we as an industry act like there’s a finite number of games in the world, then there will be.”

Hirshberg concludes with the following:

“This isn’t politics. In order for one to win, the other doesn’t have to lose. This is an entertainment industry, it’s an innovation industry and, at best, it’s an art form. But we’re still a young art form. If we were the movie industry the movies wouldn’t even be talking yet.”

Hirshberg’s comments certainly ring true with what many gamers believe, I think.  Though they almost sound uncharacteristic coming out of Activision.  Bobby Kotick forged a horrible public perception of the company over the recent years with gamers, despite the success of the company.   Whether that public perception is warranted or not is up for debate as well, and it all depends on how much money you think is fair to spend on games.

At the end of the day, entertainment isn’t different than any other for profit industry.  Everyone is trying to make as much money as they can, and by whatever means necessary.  Marketing and customer experience will ultimately decide the superior product if both are sold at the same price in perpetuity, regardless of each parties stance on how to best reach their target consumer.  Gaming companies have been at each others throats for the better part of thirty years, all the while carving out markets for themselves amid the competition.  The industry has grown from a niche entertainment medium to one of the most popular, since I have been gaming. Though even with all of the changes over the years, the one thing that hasn’t changed in all that time is “mudslinging”.  Nintendo vs. Sega, Nintendo vs. Sony, Sony vs. Microsoft, Madden vs. 2K , Mortal Kombat vs. Street Fighter, and all of the other heated rivalries in gaming over the years started at one place: the gamer.  Whether John Riccitiello made his “rotting from the core” comments or not (and whether they were as ill-spirited as translated), he said what millions of people are fighting about on forums and comments sections across the world wide web.  Like it or not, your target consumer, the one who lines up to get the best that you have to offer at midnight on launch, is the same guy that is passionate about your game to the point that it breeds hate of your competition.

Fanboyism, Console Wars, call it what you will but it’s as much a part of the video game industry as any game ever created.  It’s human nature, and the success of any given game, let alone the entire industry, has little to do with the mudslinging of corporate executives, as much as it has to do with the consumer that built these brands in the first place.