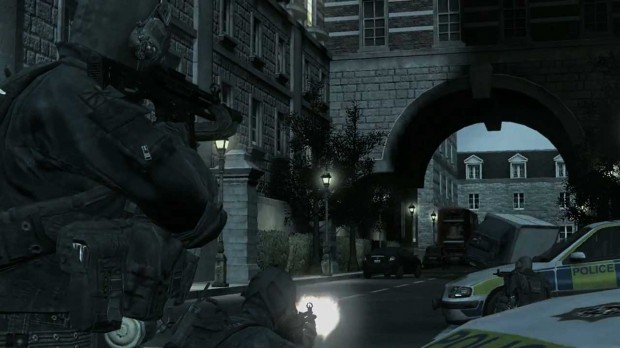 New gameplay footage from Modern Warfare 3’s single player campaign has recently leaked out of a private showing at Gamescom in Cologne. I can confirm that this is the same demo that was shown to press in Los Angeles at E3 2011. The short clip of a special ops segment in the campaign is one part of the demo that shows just one of the many unit types that you’ll be playing as in Modern Warfare 3. Portions of the demo that weren’t included in the video clip include what was shown at Microsoft’s E3 Press Event, which has divers planting a charge underwater, and the epic scene in which you chase down a train via truck.

The off-screen footage doesn’t do the game justice, as in the setting provided by Activision it was as intense as we’ve seen from a Call of Duty campaign. Have a look at the video below for a small taste of the gameplay from Modern Warfare 3’s single player.