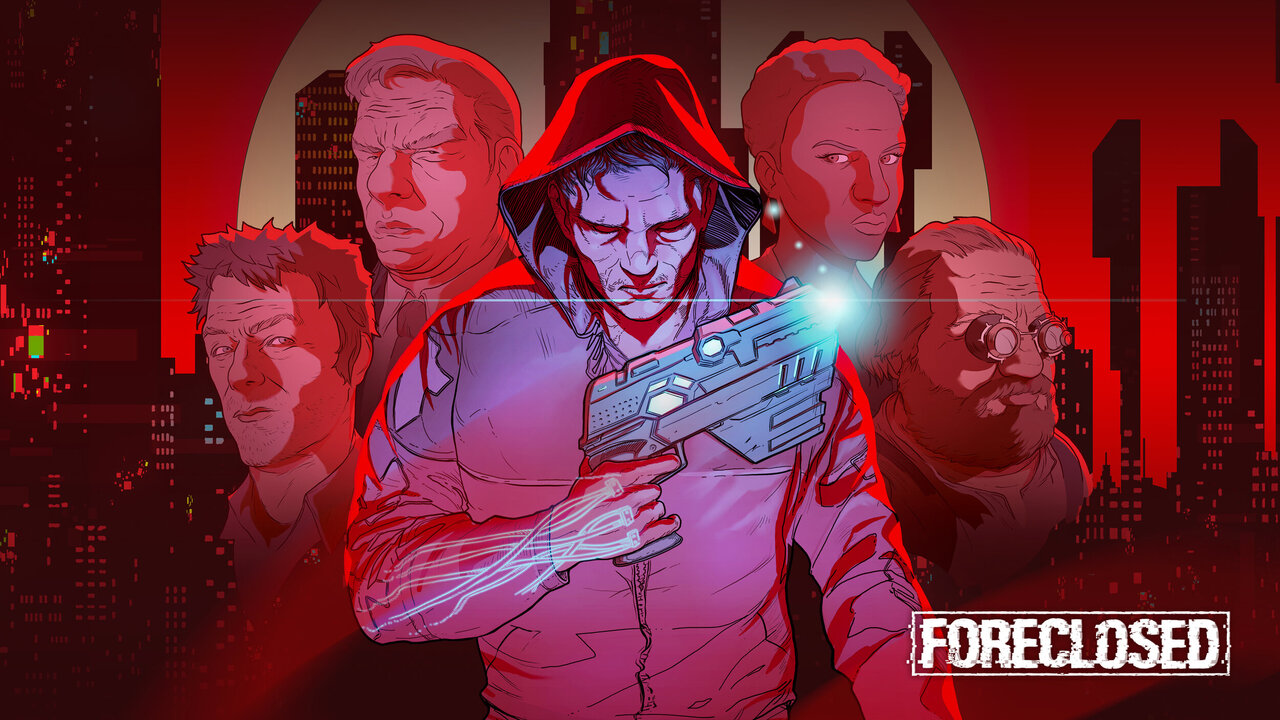 Merge Games and Antab Studio have just announced their brand new narrative-driven and futuristic shooter game “FORECLOSED” is now available on all platforms.

The game follows the main character Evan Kapnos as he unravels the mystery behind his stolen identity, how it happened, who is behind it, and why? You’ll have to unravel all that while being jobless, blocked from the city’s blockchain, and with your identity and brain implants up for grabs in auctions.

FORECLOSED will have you unraveling the conspiracy story all while playing in a very stylish comic book aesthetic. The game from the ground up is built as a graphic novel that is meant to be played in fullscreen with comic panels perspective as they seamlessly blend in as you walk down the cyberpunk-like city.

The game promises a cyberpunk world filled with future technology such as experimental augmentation that will enhance the action and suspense.  The brain implant will also enhance the RPG feel of the game as the player tries to unlock brain implants abilities as they see fit.