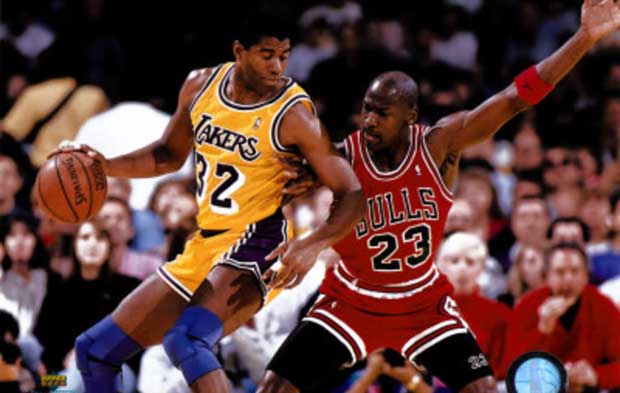 When NBA 2K12 launches later this year, it will include 15 NBA legends available to use in the game’s “Greatest” mode.  Today, 2K Sports has revealed all of the players to expect in the mode, and it’s a who’s who of the NBA elite.  The players which have been recreated with authentic details of their person, uniforms, and signature moves is said to be the most true to life recreation of legendary NBA players.  NBA 2K fans will get a chance to dominate the hardcourt this fall with the signature play styles of the following classic ballers.

It must have been hard narrowing it down to only 15 players over such a long time period.  There are countless NBA greats that didn’t make the cut.   Let us know in the comments section below if 2K snubbed one of your favorites.  NBA 2K12 releases on October 4th, 2011 for the Xbox 360, PlayStation 3, Wii, PC, PSP, and PS2.