The latest news in the world of video games at Attack of the Fanboy
August 3rd, 2017 by Kyle Hanson 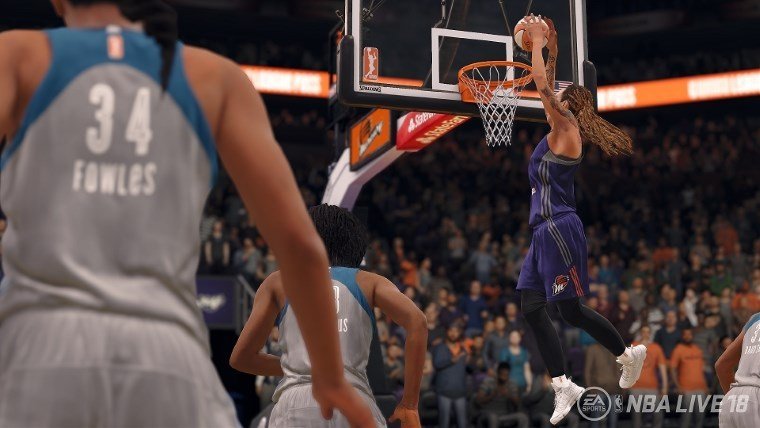 NBA Live 18 will be the very first video game in history to feature official WNBA players and teams, EA Sports announced today. Featured in a separate mode called WNBA Play Now, the female athletes will be specifically balanced for play against each other, mirroring their real life skills and abilities. This isn’t the first time female players have made their way into mainline sports titles, but this is a first for the sport of basketball and the WNBA league.

Working the players into the game was no easy task. The developers had to pull in a number of WNBA stars for facial scanning and motion capture. Maya Moore, Brittney Griner, Diana Taurasi, Tina Charles, Sylvia Fowles, Alisha Gray, Chelsea Gray, Jonquel Jones, and Alyssa Thomas all helped out with the game, along with the first pick out of the WNBA draft, Kelsey Plum.

“We are extremely proud to partner with the WNBA and the Women’s National Basketball Players Association (WNBPA) on this groundbreaking occasion,” said NBA LIVE Executive Producer Sean O’Brien via the press release. “The WNBA is home to some of the most incredible athletes on the planet, and we’ve been working hard to integrate them into our game in an authentic and meaningful way. This is only a taste of what we have in store, and look forward to working with the league on more great integrations in the franchise in the future.”

NBA Live 18 hits PS4 and Xbox One this September.