The latest news in the world of video games at Attack of the Fanboy
January 19th, 2015 by William Schwartz 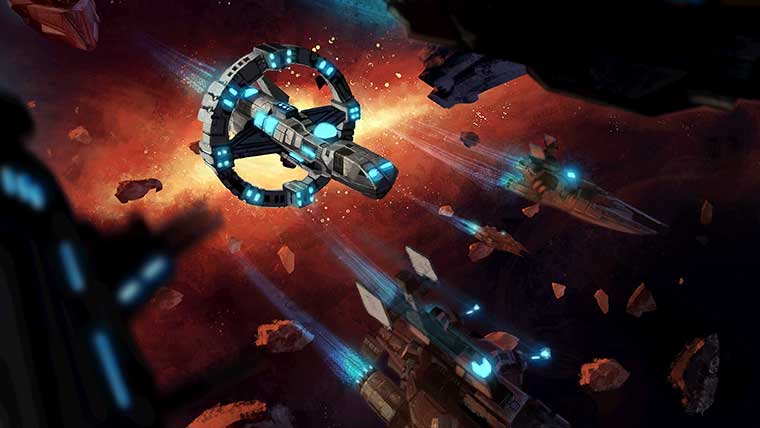 If you thought that after Sid Meier’s Civilization: Beyond Earth that the renowned developer was done with space, you would be very wrong. Sid Meier’s Starships is Firaxis’ newly announced interstellar strategy game.

Starships will take players on an RTS journey like only Firaxis can, but it seems it will be a bit more limited. It will allow you to control a fleet of starships as you trek across the galaxy, helping planets and completing missions to expand your federations influence and reach. Starships is set to have a deep roster of different ships that you will engage with and against in RTS combat. 2K and Firaxis has told Gamespot that the missions themselves will have their own unique maps that will each have a different “dynamically generated tactical combat“. Check out the trailer below via IGN.

Many of the decisions that went on to influence Starships stemmed from Meier’s previous work, the aforementioned Civilization: Beyond Earth. In the same Gamespot article, Meier had this to say; “When designing Starships, I was intrigued by the idea of exploring the next chapter in the story of Civilization: Beyond Earth,” Meier explained. “What happens after we colonize our new home and eventually build starships to take to the stars? What has become of our long-lost brothers and sisters from the planet Earth? My goal was to create an experience that focuses on starship design and combat within a universe filled with interstellar adventure, diplomacy, and exploration.”

2K has also teased that Starships and Beyond Earth will have some sort of connectivity for those whom own both although no specifics were discussed. Sid Meier’s Starships is set to release on PC, Mac and iPad early this year. No word on an Android version or pricing was given.