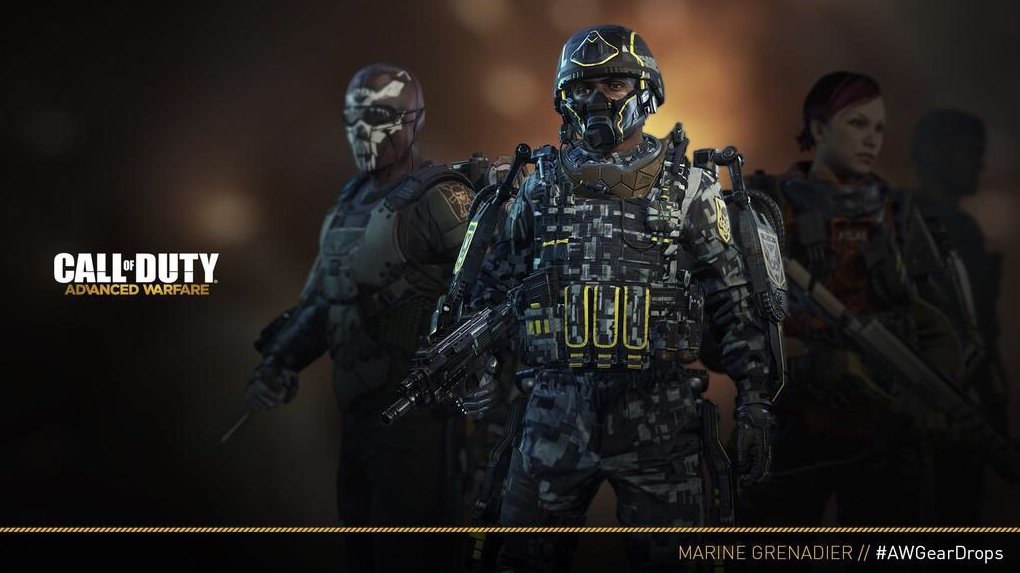 Those of you out there who like to collect certain sets of gear in Advanced Warfare will be in for a treat, as a new set will become available this weekend. Sledgehammer Games announced earlier today via Twitter, that the Marine Grenadier set will be worked into the supply drop rotation starting Friday, February 13th. The image above shows what the completed set will look like once you collect all the pieces.

This comes as quite a surprise since we were already getting a double XP weekend in Advanced Warfare. This just adds even more reason to participate this weekend, including two featured game modes; one shot mosh pit and gun game.

Call Of Duty: Advanced Warfare is available now on Xbox One, Xbox 360, PlayStation 4, PlayStation 3 and PC. The first DLC for the title, Havoc has also just recently set a release date for PlayStation and PC platforms. Check out our review for the content which features new maps and a brand new zombie mode.