The latest news in the world of video games at Attack of the Fanboy
March 23rd, 2017 by Darrin Wright 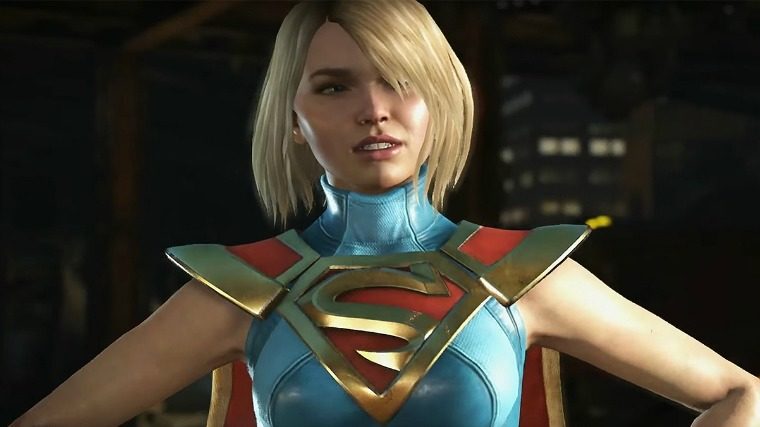 The build for Injustice 2 continues, as developer Netherrealm Studios has released a third story trailer connecting the game with its predecessor, Injustice: Gods Among Us, leading up to the game’s May release on PS4, Xbox One and PC.

The story of Injustice 2 picks up shortly after the events of Injustice: Gods Among Us, with Batman and his allies trying to rebuild their world after Superman, motivated by a tragedy orchestrated by the Joker, decided to bring world peace through taking over the world himself and ruling with an iron fist. Superman’s rule led to the deaths of several beloved DC Comics characters, and his defeat in the first game hasn’t solved everything: the super-powered community is still split, as Superman’s allies try to bust him out of prison and restore him to power.

Supergirl wasn’t present in the first game, and has to both confront and come to terms with what her cousin did while she was off-planet. It definitely doesn’t sound like she’s on board with Superman’s decision-making, and that could make for some compelling story bits. The trailer shows how it looks like that’s going to work out for her, as well as provides us with a glimpse at her origin story:

It’s worth noting that Supergirl’s appearance has changed slightly since she was first revealed to be on the game’s roster, and Black Adam’s look has been completely revamped. That change is definitely for the better, as he now more closely resembles his comic book counterpart.

We get a look at both characters’ super moves, which are fittingly over-the-top just like everyone else’s: Supergirl drags her opponent into space and around the sun, while Black Adam uses his opponent to destroy a pyramid from above.

Injustice 2 will be released on May 16th, and it’s looking pretty good. Will you be picking it up?