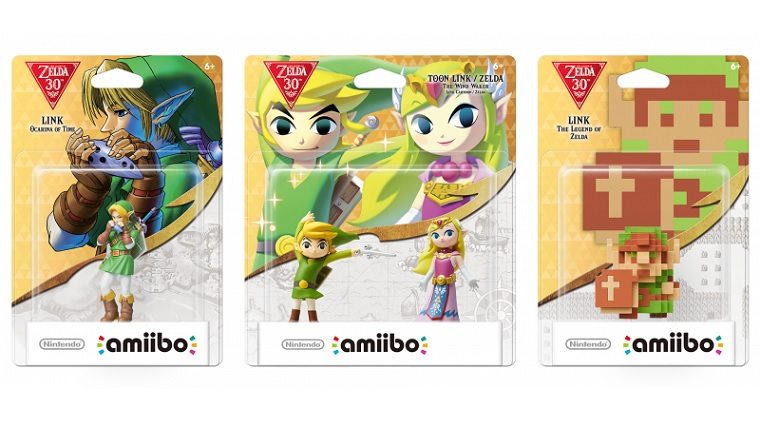 The Legend of Zelda: Breath of the Wild may not be coming until 2017 around the launch of the Nintendo NX, but yesterday’s Nintendo Direct revealed that we were also getting four new Legend of Zelda series amiibo for the series’ 30th anniversary. We told you last night that they were already sold out on Amazon, but now another retailer has them up for pre-order right now.

The four new Legend of Zelda amiibo include an 8-Bit Link, Ocarina of Time Link, and a bundle with both Wind Waker Link and Zelda that are set to release on December 2.

If you are interested in pre-ordering any of these amiibo, so you can guarantee one for yourself when they release later this year, you can get each of them at Best Buy right now.

By going to the this link on the Best Buy website, you can find the two standalone amiibo and the Wind Waker bundle each up for pre-order. The 8-Bit and Ocarina of Time Link amiibo are $12.99, while the bundle is $24.99.

Also remember that those who are Gamer’s Club Unlocked Members save 20% on these prices, so make sure to sign into your account when ordering if you are signed up for that.

While the Amazon listings sold out quickly last night and then again today when going back up, most amiibo for awhile have been relatively easy to acquire either in-store or online due to better stock. However, if you want to lock down these for sure, you can go ahead and pre-order now in case they do sell out.