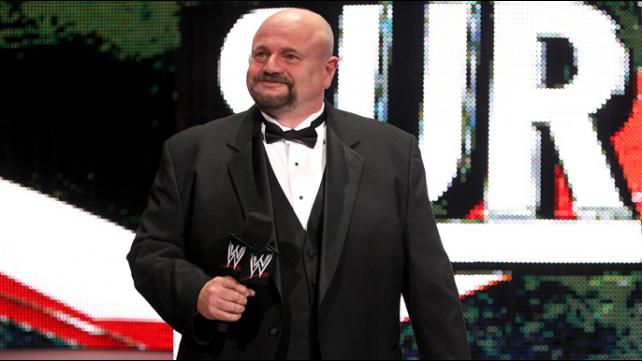 A popular WWE Hall of Fame recipient has now confirmed himself he will be featured in WWE 2K15 this year. It’s someone who has been in the wrestling business for a very long time.

During SummerSlam weekend, legendary announcer Howard Finkel tweeted his confirmation to feature in WWE 2K15. Howard Finkel has worked with WWE for an astounding 39 years starting in 1975 when the company was called the WWWF.

“I’m thrilled and honored to be a part of #WWE2K15, as I did a number of ring announcements for the “Rivalries” part of the game!! @WWEgames”

If you missed the announcement, a big single player mode for WWE 2K15 this year is the “Rivalries” mode. The game focuses on two famous rivalries that have never really been explored in the WWE video games before. There’s the memorable feud Triple H and Shawn Michaels had during the years of 2002 – 2004. More recently, there’s the epic feud between John Cena and CM Punk included in the game too. These two had lots of awesome matches in the years of 2011 – 2013.

It’s likely Howard Finkel is only featured in the “Rivalries” mode. We may hear Justin Roberts and Lilian Garcia be the announcers for most of the other parts of the WWE 2K15. After all, they’re both the current full-time announcers in WWE right now.