The latest news in the world of video games at Attack of the Fanboy
January 31st, 2016 by Scott Grill 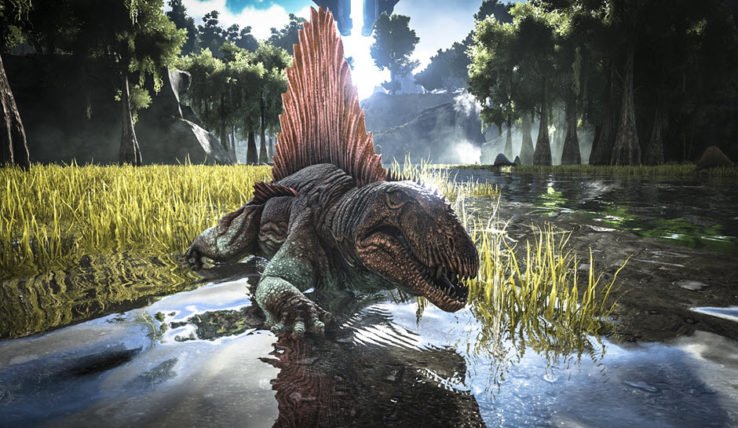 The second major update to ARK: Survival Evolved for the Xbox One is bringing some significant improvements despite not coming as quickly as hoped. Survivors have some positive non-dedicated server changes to look forward to in addition to the already confirmed split-screen play.

ARK: Survival Evolved patch 732.0 will be released around February 10 to the Xbox One, according to an update posted by Studio Wildcard. This makes the time between patches approximately one month instead of the two-week goal stated by the studio. The last patch was released January 15.

The new additions and features are more than welcome though. All the content from the PC patch 233 will be included along with improvements to the game’s performance and servers. The most significant of these is the change to non-dedicated servers. These are currently limited to just four players and those in the game cannot venture far from each other.

The Xbox One 732.0 update will increase the number of possible players to 8 plus increase the tether range by 33 percent. This will bump the distance players can be apart from 200m to 266m. Not a big jump, but a nice first step.

It should be interesting to see how ARK: Survival Evolved performs with these changes. Studio Wildcard is optimizing the framerate rendering and fixing a memory leak with this patch, but split-screen play plus the non-dedicated server enhancements will tax the console all the same.

The complete patch notes of what is included with the ARK 732.0 patch so far is below: