1-2 Switch will be packed in as well. 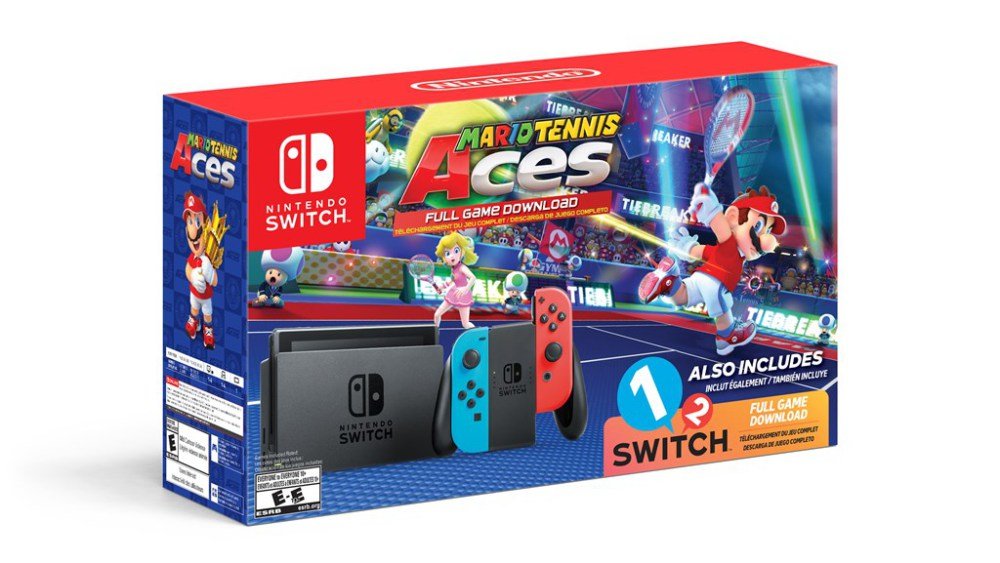 Nintendo have today announced a new Switch bundle in collaboration with Walmart which is set to hit store shelves on the 5th of September, in plenty of time for the upcoming holiday season.

The bundle will feature  Mario Tennis Aces as well as 1-2 Switch and will cost $359.99, which seems decent value considering the Switch’s RRP of $299.99 means that you’re effectively getting two games for the price of one. The introduction of this bundle is a move which seemingly makes a lot of sense, due to both the upcoming introduction of Nintendo’s paid online service, as well as 1-2 Switch often being considered more adept as a proof of concept for the system rather than a fully fledged game in its own right.

The Kyoto based company have been somewhat hesitant to release bundles of their latest console with games packed in, with the only official bundle released by the company prior to this being the Switch featuring red Joy-Con which came packaged with Super Mario Odyssey. However, with the release of this new bundle it looks like that is set to change this holiday.

We are yet to hear any word on whether there will be a European or Japanese release of this bundle. However, it would not be too far fetched to think that if Nintendo were to release it in the UK, it may be exclusive to the supermarket chain Asda, this being due to the UK based chain being owned by Walmart.