The latest news in the world of video games at Attack of the Fanboy
January 18th, 2018 by Jose Belmonte 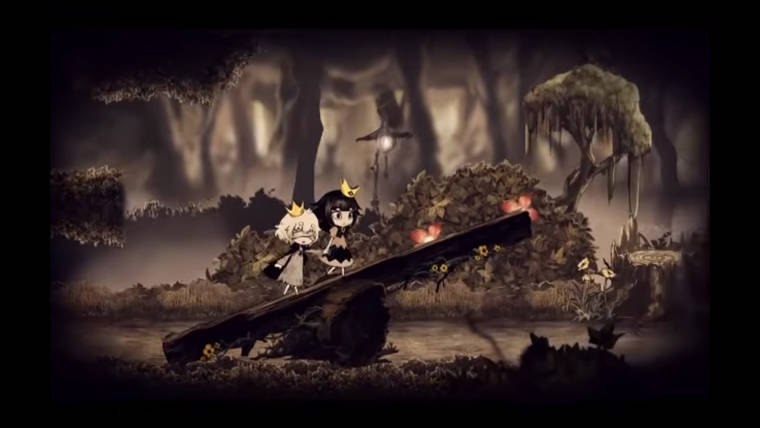 Nippon Ichi has held today a video presentation of the titles that it will release in Japan from now until summer 2018. The review included some titles already announced, but the most interesting points were the announcement of three new promising titles that still have many details to confirm. The first one is Liar Princess and the Blind Prince, a very artistic project by a female designer that was selected by the company as part of a yearly contest.

The game follows the romantic relation between a monster that can takes the form of a girl and a blind prince that wanders a forest. While platforms have not been determined, the company has shown some gameplay footage during the presentation and via Famitsu.

Then we have Project Nightmare, a horror adventure that uses live action footage and uses a first person perspective. But of course, Nippon Ichi reserved the projects concerning its biggest franchise to the end, as the video revealed that a high-resolution remake of the original Disgaea will be released this summer. While the word ‘remake’ has been thrown around, it is possible that we are talking of simply an HD version of the game, which was released on PC in 2016. Also, while no platforms have been mentioned, it’s easy to think in PS4 and Nintendo Switch, specially considering the recent success of Disgaea 5 Complete on the latter.

Below you can watch the full video of the presentation and the short gameplay of Liar Princess and the Blind Prince.